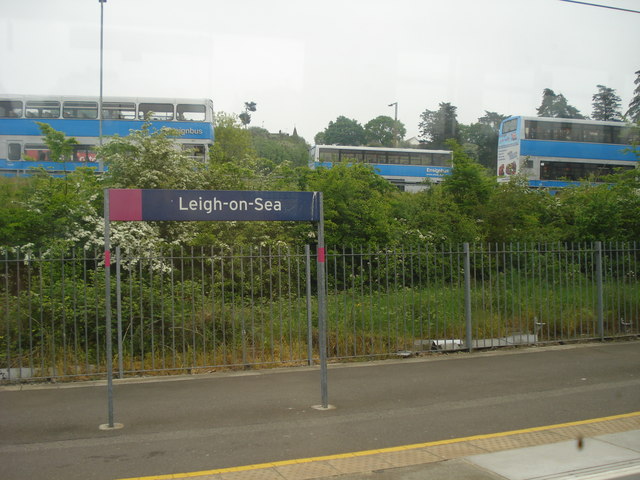 The original station was built in Leigh Old Town, but a newer, larger, three platform station was built in 1936 to replace it some distance to the west. The original station building was then used by a local troop, until the northern platform buildings were demolished for the widening of the adjacent road. The other platform and station building still exist and are used by Leigh Sailing Club. [ [http://www.3rdcb.org.uk/info/history.php History of 3rd Chalkwell Bay Sea Scouts] ]

When the 's operated a non-stop service from to the Southend area, Leigh-on-Sea was the first station to be called at after Barking. [ [http://www.davros.org/rail/culg/district.html CULG - District Line ] ]

The typical off-peak service frequency is:

* 6tph (trains per hour) to London Fenchurch Street of which:
**2tph do not stop at Pitsea, West Horndon or Limehouse
**2tph call at all stations via Basildon
**2tph take the longer route via Ockendon
* 4tph to Shoeburyness
* 2tph to Southend Central