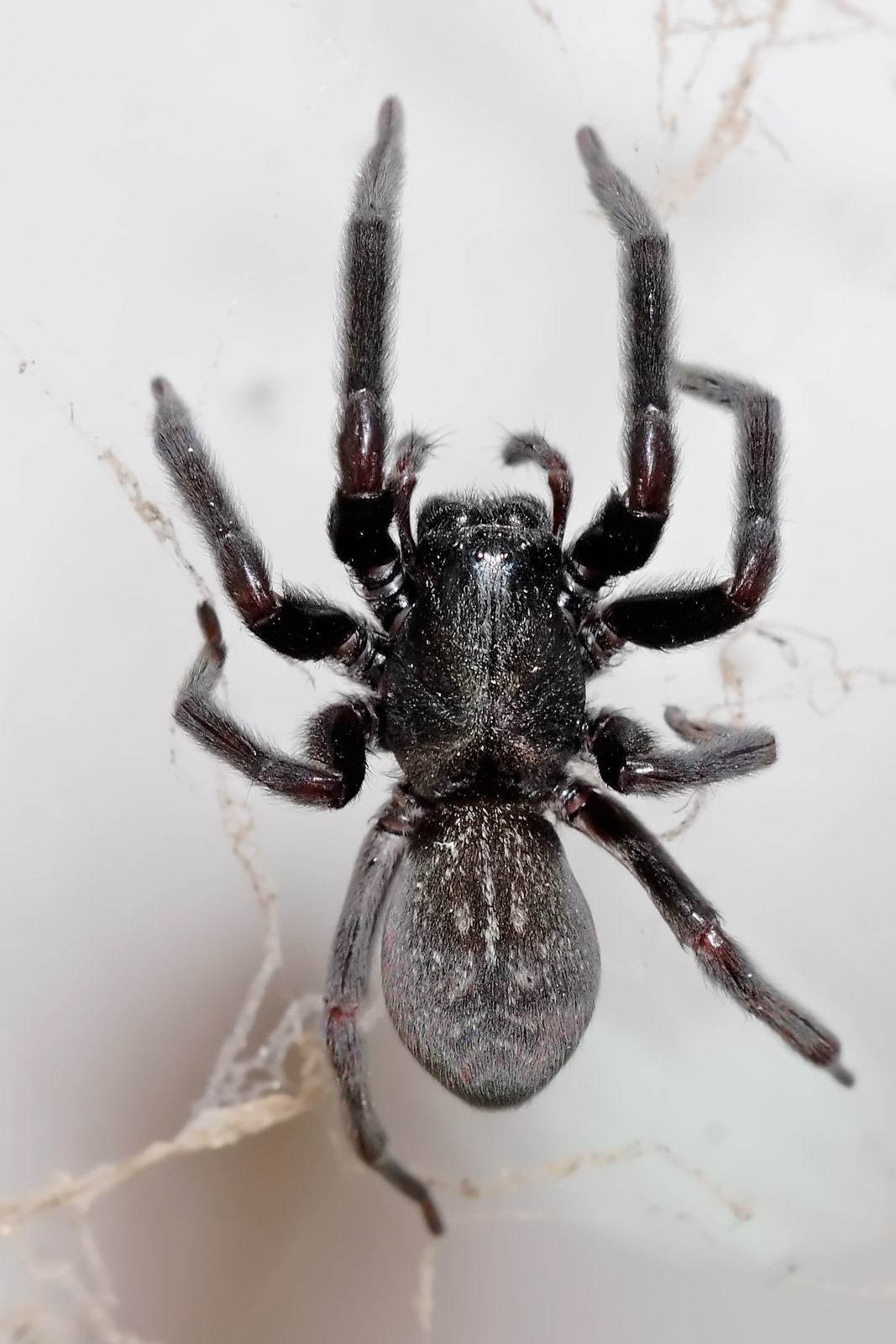 The black house spider ("Badumna insignis") is a common species of n . It lives in most areas of Australia and it prefers urban habitat. Its web is a messy-looking construct of triangular sail-like shapes, usually stretched in the corner of the walls, windows etc. Somewhere in the web is a funnel-shaped entrance to the nest, where spider spends most of his time, waiting for prey. It is this feature that gets the black house spider confused with the very aggressive and venomous . These two spiders do not have similar appearance, size or usual habitat (funnel webs live on the ground, house spiders high up), and the confusion is simply due to panic and ignorance.

The black house spider is ous, but is not considered dangerous to humans, except for possible infection of the bite. They are quite shy, only coming out of the nest to capture their prey, then quickly retreat.

They seem to be quite attached to their location, and their webs look more and more untidy over time, as the spider adds to it and repairs it with different kinds of silk.

The black house spider is a favoured prey of the .