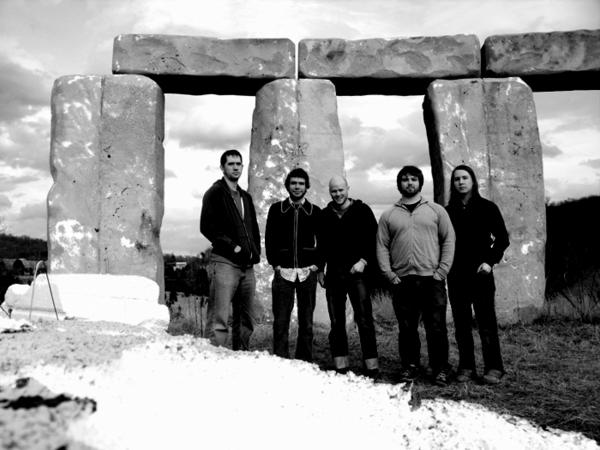 Saxon Shore is an American band consisting of members from and . The group has thus far released four albums on : one packaged as an EP ("Luck Will Not Save Us...") and three as full-lengths, although all (with the exception of "The Exquisite Death of...") have only featured anywhere from five to seven songs.

According to the website, the band is in the process of writing and recording the follow-up to "The Exquisite Death". [ [http://www.saxonshore.com Official website] ]

Saxon Shore's overall sound has been compared to Caspian, , , , and labelmates .

Saxon Shore formed in 2001 as the joint project of guitarist Matthew Doty and drummer Josh Tillman. The two wrote several songs that, in time, were recorded for the duo's debut album "Be a Bright Blue", released on Doty's very own imprint, Broken Factory Records. Tillman's brother Zach was recruited for bass duties during the studio process and found himself being a full-fledged member.

After a host of tours across the United States (in which the band recruited three separate bassists), Doty moved to Seattle and later exchanged four-tracks with Josh Tillman, who was living in upstate New York at the time. Studio time reserved in Atlanta eventually blossomed into their next effort, "Four Months of Darkness". Traveling musician Matt Stone contributing on guitar and like Zach before him, joined, making the group a four-piece. The album marked a change in Saxon Shore's sound from the light indie pop of "Be a Bright Blue" to the more melodic "Four Months".