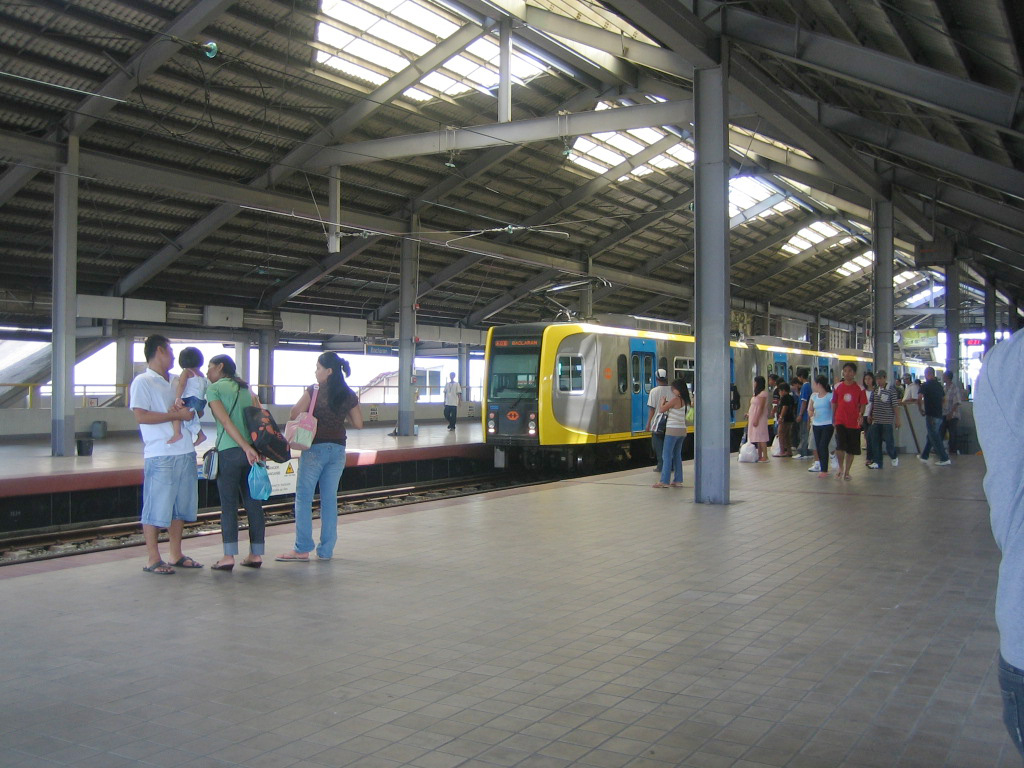 Baclaran LRT Station is a station on the Manila LRT Yellow Line (LRT-1). The station is located on the last stretches of , in the portion of , and, like all other stations on the LRT-1, Baclaran station is above-ground on . The station is named after the famous shopping district of the same name.

Baclaran is the southern terminus of the LRT-1, where trains from Monumento terminate. The line's depot, where its trains are stored, maintained and cleaned, is located near the station.

The station is near one of Baclaran's (and country's) most famous landmarks, the Baclaran Shrine, home of . It is also near to the numerous dry goods and s ("tiangges"), selling everything from clothes and electronics to home decorations and traditional medicine.

Baclaran Terminal is a major transportation hub, with many buses and jeepneys terminating here. Buses coming from the terminal usually head to points south of Manila and the province of . Jeepneys that terminate here usually head to various destinations in Metro Manila (, , and to the south; , , , and to the north), and the province of Cavite. Taxis also ply for hire near the station, with dedicated taxis available for passengers headng to the , which is only about two (2) kilometers from the station. Cycle rickshaws can also be used to navigate the interior streets of Baclaran from the station.

The station is set to be the transfer point for the Yellow Line extension, also known as the LRT-6, which is currently at the proposal stage. If and when the extension is realized, the line is set to extend all the way to Bacoor in , with the first station south of Baclaran being Redemptorist. It will add another platform during construction. It will be opened when the South Extension of LRT Yellow Line is complete just like Monumento will add one platform for the North Extension.

* A fire blazed at a shopping mall in Baclaran around 5 a.m. , . Windy weather fanned the flames and brought smoke to the Baclaran station up to the next station at EDSA Taft. [ [http://newsinfo.inquirer.net/inquirerheadlines/nation/view/20080103-110213/LRT_sustains_damage_loses_rider_revenue_from_mall_fire LRT sustains damage, loses rider revenue from mall fire - INQUIRER.net, Philippine News for Filipinos ] ]