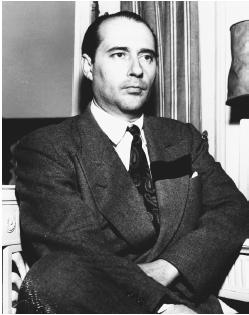 Roberto Rossellini ( – ) was an Italian . Rossellini was one of the most important directors of Italian neorealist cinema, contributing films such as "" to the movement.

Born into a bourgeois family living in , Roberto Rossellini lived in via Ludovisi, where had his first Roman in 1922 when obtained power in Italy. Young Rossellini's fascination for "" has been repeatedly denied, though never completely. [Serri, Mirella. "From the Odeon to the Odeon: The Experience of Roberto Rossellini from Fascism to Antifascism." Trans. Kenneth Lloyd-Jones. " TELOS" 139 (Summer 2007): pp. 70-78.]

Rossellini's father built the first Roman "cinema" (a theatre in which films could be shown), granting his son an unlimited free pass; the young Rossellini started frequenting the cinema at an early age. When his father died, he worked as a soundmaker for films, and for a certain time he experienced all the accessory jobs related to the creation of a film, gaining competence in each field. Rossellini had a brother, Renzo, who later scored many of his films.

On , , he married Marcella De Marchis, a costume designer. This was after a quickly annulled marriage to Assia Noris, a Russian actress who worked in Italian films. Marcella De Marchis and Roberto had two sons: Marco Romano (born , and died prematurely in 1946), and Renzo (born , ).

His close friendship with Vittorio Mussolini, son of "Il Duce", has been interpreted as a possible reason for having been preferred to other apprentices.

Some authors describe the first part of his career as a sequence of trilogies.

His first , "La nave bianca" (1942) was sponsored by the audiovisual centre of Navy Department and is the first work in Rossellini's so-called "Fascist Trilogy", together with "Un pilota ritorna" (1942) and "Uomo dalla Croce" (1943). To this period belongs his friendship and cooperation with and .

When the Fascist regime ended in 1943, just two months after the liberation of Rome, Rossellini was already preparing "" (1945) (with Fellini assisting on the script and Fabrizi playing the role of the priest), which he self-produced. Most of the money came from credits and loans, and film had to be found on the black market. This dramatic film was an immediate success. Rossellini had started now his so-called "Neorealistic Trilogy", the second title of which was "" (1946), produced with non-professional actors, and the third "Germania anno zero" ("", 1948), sponsored by a French producer and filmed in 's French sector. In Berlin too, Rossellini preferred non-actors, but he was unable to find a face he found "interesting"; he placed his in the center of a town square, as he did for Paisà, but was surprised when nobody came to watch.

As he declared in an , "in order to really create the character that one has in mind, it is necessary for the director to engage in a battle with his actor which usually ends with submitting to the actor's wish. Since I do not have the desire to waste my energy in a battle like this, I only use professional actors occasionally". One of the reasons of success has been supposed to be the fact that Rossellini rewrote the scripts according to the non-professional actors' feelings and histories. Regional accent, , and s were shown in the film how they were in real life.

After his Neorealist Trilogy, Rossellini produced two films now classified as the "Transitional films": "L'Amore" (1948) (with ) and "La macchina ammazzacattivi" (1952), on the capability of cinema to portray reality and truth (with recalls of ).

In 1948, Rossellini received a letter from a famous foreign actress proposing a collaboration:::Dear Mr. Rossellini,:I saw your films Open City and Paisan, and enjoyed them very much. If you need a Swedish actress who speaks English very well, who has not forgotten her German, who is not very understandable in French, and who in Italian knows only "ti amo", I am ready to come and make a film with you.:::

By this famous letter begins one of the most popular love stories in cinema lore, with Bergman and Rossellini both at the peak of their popularity and influence. They started working together the following year in "Stromboli terra di Dio" (1950) (in the island of , whose quite conveniently erupted during filming), and, in 1952, "". In 1954 "Viaggio in Italia" completed the so-called "Ingrid's Trilogy". Fact|date=February 2007

This affair caused a great scandal in some countries (Bergman and Rossellini were both married to other people); the scandal intensified when the two started having children (one of whom was-to-be actress and model ). Isabella has a fraternal twin sister, Ingrid Isotta, and a brother, Roberto Ingmar.

In 1957, , the Indian Prime Minister at the time, invited him to to make the documentary "India" and put some life into the floundering Indian Films Division. Though married to Bergman, he had an affair with Sonali Das Gupta, a screenwriter, who was helping develop vignettes for the film. [http://www.hoveyda.org/india.html]

Given the climate of the 1950s this led to a huge scandal in both Hollywood and India. Nehru had to ask Rossellini to leave. He married Sonali in 1957 and adopted her young son, Gil Rossellini (born , - October 3, 2008). Rossellini and Sonali had a daughter together - Raffaella Rossellini (born 1958).

In 1971, in , invited Rossellini to help establish a Media Center.

Rossellini's films after his early Neo-Realist films &mdash; particularly his films with Ingrid Bergman &mdash; were commercially unsuccessful. He was an acknowledged master in the eyes of the critics of "Cahiers du Cinema" in general and , , in particular. Truffaut noted in his 1963 essay, "Roberto Rossellini Prefers Real Life" (available in "The Films In My Life") that Rossellini's influence in France particularly among the directors who would become part of the was so great that he was in every sense, "the father of the French New Wave".

has also acknowledged Rossellini's seminal influence in his documentary, "" (the title itself a take on Rossellini's "Voyage to Italy"). An important point to note is that out of Scorsese's selection of Italian films from a select group of directors (, , , ) Rossellini's films form at least half of the films discussed and analyzed, highlighting Rossellini's monumental role in Italian and world cinema. The films covered include his Neo-Realist films to his films with Ingrid Bergman as well as "", a film about .

Scorsese notes in his documentary that in contrast to directors who often become more restrained and more conservative stylistically as their careers advance, Rossellini became more and more unconventional and was constantly experimenting with new styles and technical challenges. Scorsese particularly highlights the series of biographies Rossellini made in the 60's of historical figures and, although he does not discuss it in detail, singles out "" for praise.