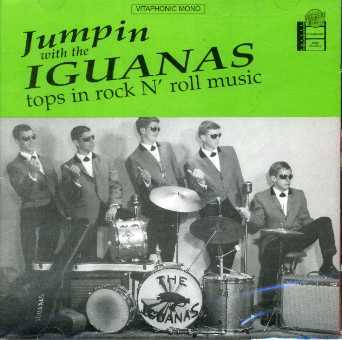 The Iguanas was one of 's first bands. James Osterberg was the drummer while in high school, and in 1964 got his Iggy from the name of this band formed during 1963 in . (Osterberg grew up in .)

They originally performed in high school dances and later clubs in Ann Arbor.

In 1965 they were an opening act for bands such as , the and the at Club Ponytail in Harbor Springs, a local resort area. Osterberg left the group soon afterward, and with another drummer they sought but did not get a recording contract.

Some early "demo reel" recordings have survived, notably from when The Iguanas recorded at Detroit's United Sound Recording Studio, and the following tracks are known to be available on CD:

McLauglin, Kolokithas and Swickerath sought to revive The Iguanas in 1996 after the release of some of their early music.