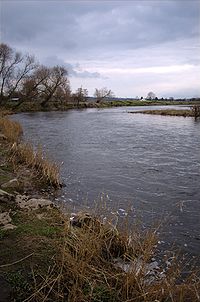 The Mersey Basin Campaign worked within the catchments of the River Mersey and the River Ribble, in the counties of Lancashire, Merseyside, Greater Manchester and Cheshire and in the High Peak area of Derbyshire in the UK. Its primary goal was to repair the damage done by industrialisation and to foster a modern and prosperous future, with an improved environment.

The campaign's mission was to:

The Mersey Basin Campaign was established in 1985 in the wake of the Toxteth riots in Liverpool. Michael Heseltine, then Environment Minister in Margaret Thatcher's Conservative government, was the driving force behind its creation. He spoke of the River Mersey at the time as "an affront to the standards a civilised society should demand from its environment". It closed its doors on schedule at the end of its planned 25-year lifespan in 2010, leaving behind a river system that is cleaner now than at any time since the Industrial Revolution.

The Mersey Basin Campaign was a partnership backed by the UK Government through the sponsorship of the Department for Communities and Local Government. It was also supported by businesses, local authorities and public agencies.

The Campaign's last Chair was Peter Batey, Lever Professor of Town and Regional Planning at the University of Liverpool, who served from 2004-2010.

The Mersey Basin Campaign worked with communities on local projects around the North West of England through a network of action partnerships.

From March 2010 until March 2015, an archive of information, resources and documents relating to the Campaign's work will be available at: