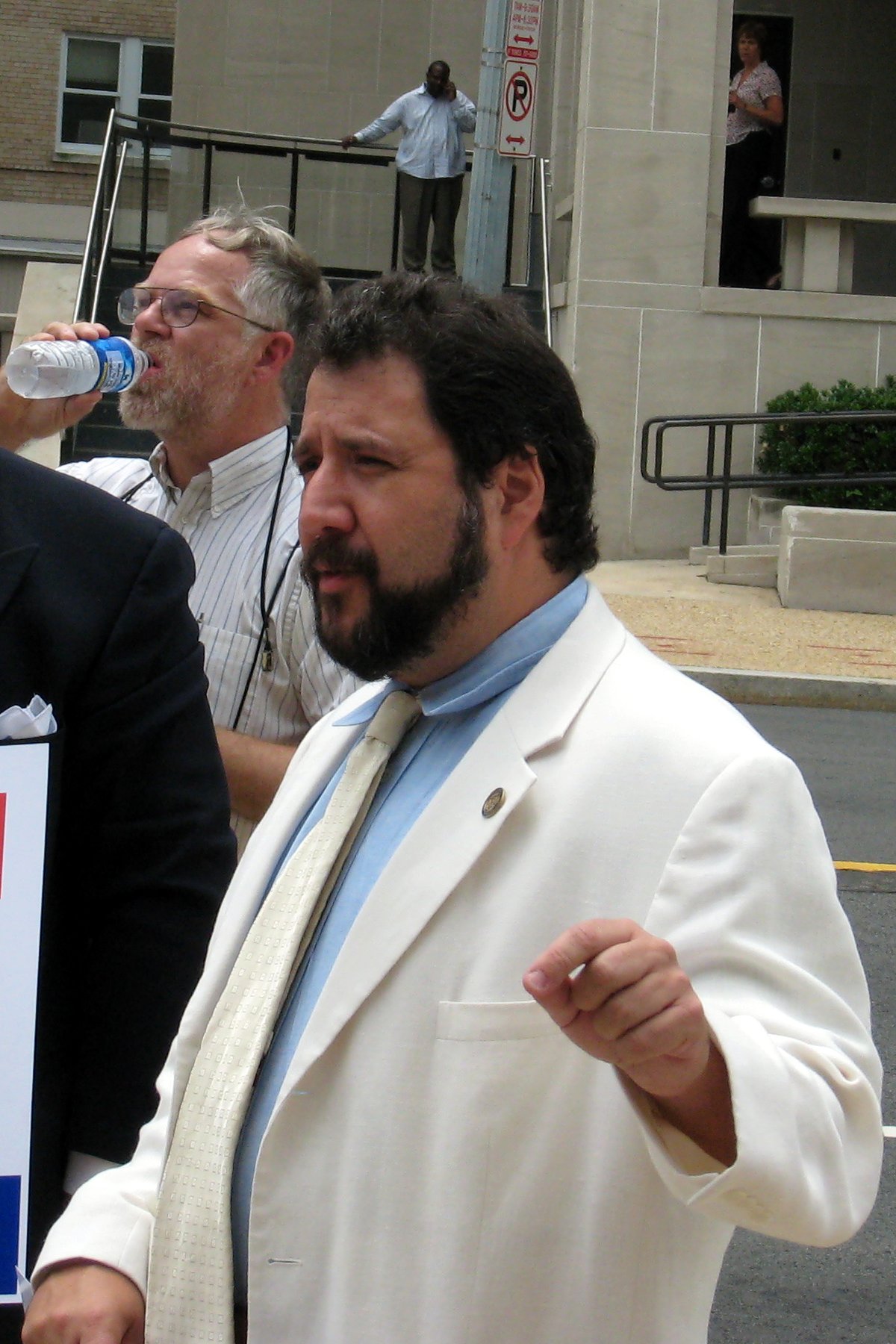 As a non-voting representative to the United States Senate, Strauss lobbies the U.S. Senate and the on behalf of the citizens of D.C. in their attempt to gain full Federal representation,

In 2006, Strauss ran for the District's City Council to represent Ward 3. He came in second place in the Democratic primary, receiving 15% of the vote, while received 44% of the vote. [cite news |title=Democratic, Republican News, Elections and Results |work=NBC4 |publisher= |date=2006-02-26 |url=http://www.nbc4.com/politics/9828903/detail.html ]

Strauss was selected to be a to the .

Strauss is running for reelection in 2008. According to unofficial results, Strauss received 65 percent of the vote in the Democratic primary, while challenger and Ward 8 activist Phil Pannell received 34 percent. [ [http://www.dcboee.org/election_info/election_results/election_result_new/results_final.asp?userprev=1&electionid=1 "Election Night Unofficial Results"] . "District of Columbia Board of Ethics and Elections". , . Retrieved , .] In the November general election, Strauss will face Republican Nelson F. Rimensnyder, candidate Keith Ware, as well as a challenge from a conglomerate of writers and artists at the helm of a science-fiction protest campaign called . [cite web | title=List of Candidates in Ballot Order for the September 9, 2008 Congressional and Council Primary Election | url=http://www.dcboee.org/nws/pdf_files/pn_146.pdf | author=District of Columbia Board of Elections and Ethics | date=2008-07-26 | accessdate=2008-08-01 |format=PDF ] [Valdez, Angela. [http://www.washingtoncitypaper.com/display.php?id=36033 "Vote 2008: In On the Joke in D.C."] "Washington City Paper". , . Retrieved , .] [Valdez, Angela. [http://www.washingtoncitypaper.com/blogs/citydesk/2008/09/15/libertarians-shadowy-candidate-gets-serious/ "Libertarian’s Shadowy Candidate Gets Serious"] . "Washington City Paper". , . Retrieved , .]

2006 Representative for Ward 3 in the D.C. Council, Democratic Primary Election [cite news |title=Certified Election Results for the September 10, 2002 Primary Election |work=District of Columbia Board of Elections and Ethics |date=2002-09-20 |url=http://www.dcboee.org/information/elec_2002/Primary.shtm ]

Strauss was born in , was raised in the of . His father was the painting contractor for the .

As a youngster was volunteer in s of , , and . He was a seventeen year old for with his own desk in the . In his first political campaign in Washington, D.C., he mobilized other college students to register to vote against raising the drinking age to 21.

He and his wife, Kathy Strauss, have two children: Abigail and Samantha.