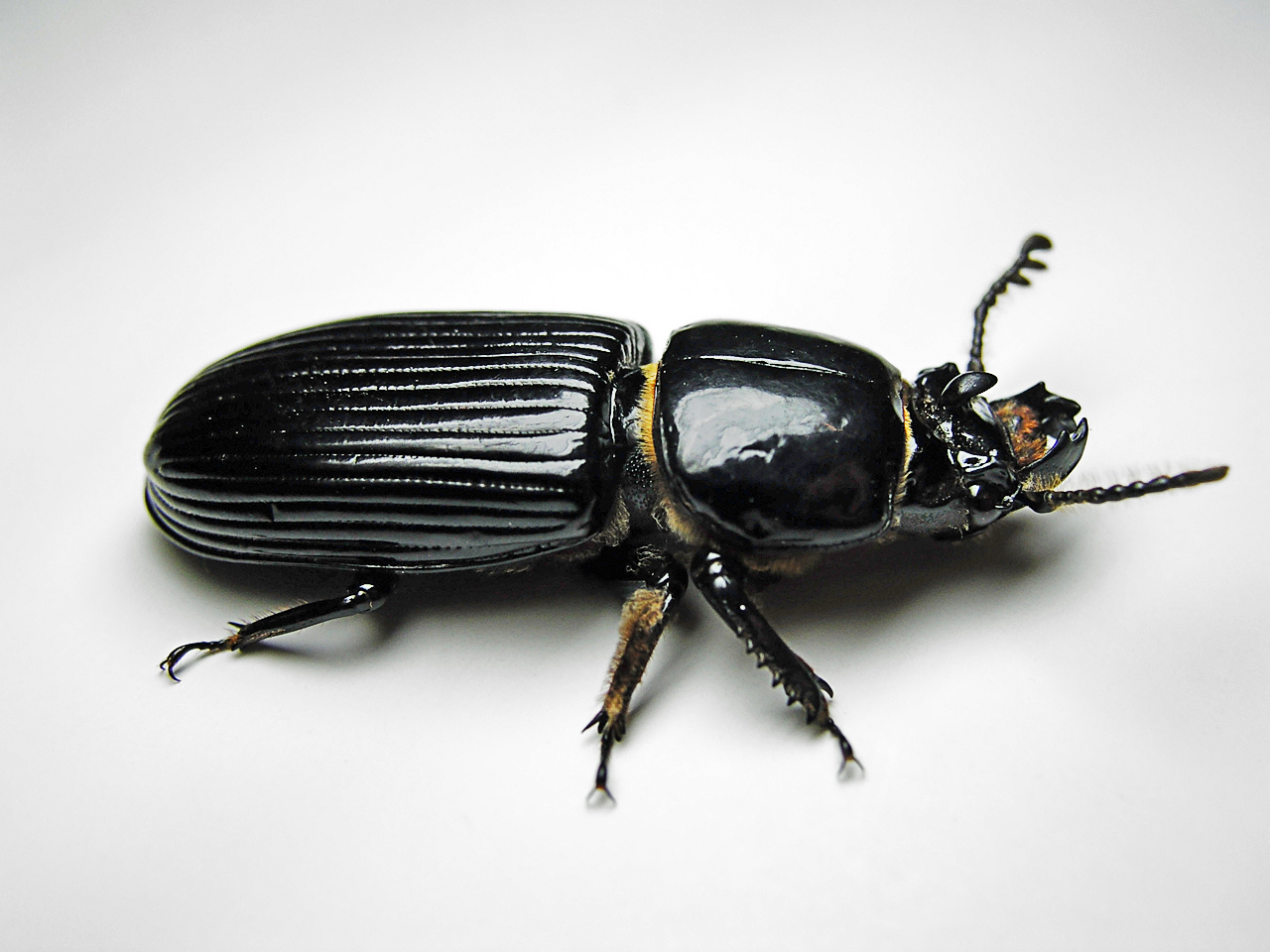 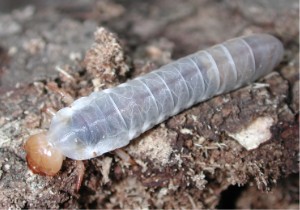 
Passalidae is a family of beetles known variously as "bessbugs"

Bodies elongate-cylindrical and black overall; ventral surfaces may be covered with yellow . The head is narrower than the thorax, with antennae consisting of 10 s with a three-segment club. The are elongate with parallel sides, and heavily striated.

They are subsocial (brood caring) beetles living in groups in rotting logs. They care for their young by preparing food for them and helping the e construct the pupal case. Both adults and larvae must consume adult feces which have been further digested by microflora for a time; an arrangement that might be described as a sort of external .

While the of species is well-known (four species in the US, and 90 in Mexico), bess beetles in other parts of the world need further study.

Of North American species, "" ("synonym: Popilius disjunctus") is the familiar bessbug found throughout the eastern US and Canada, while "O. floridanus" has only been found in on sand hills that used to be islands when Florida was flooded thousands of years ago. "Ptichopus angulatus" was recently discovered near the border of in . Its habitat is south of and it is commonly associated with the detritus chambers of nests ("Atta" spp.). Two other species were reported from Arizona at the beginning of the 20th century, but have not been seen there since that time; they may have been brought from Mexico by a train hauling firewood.