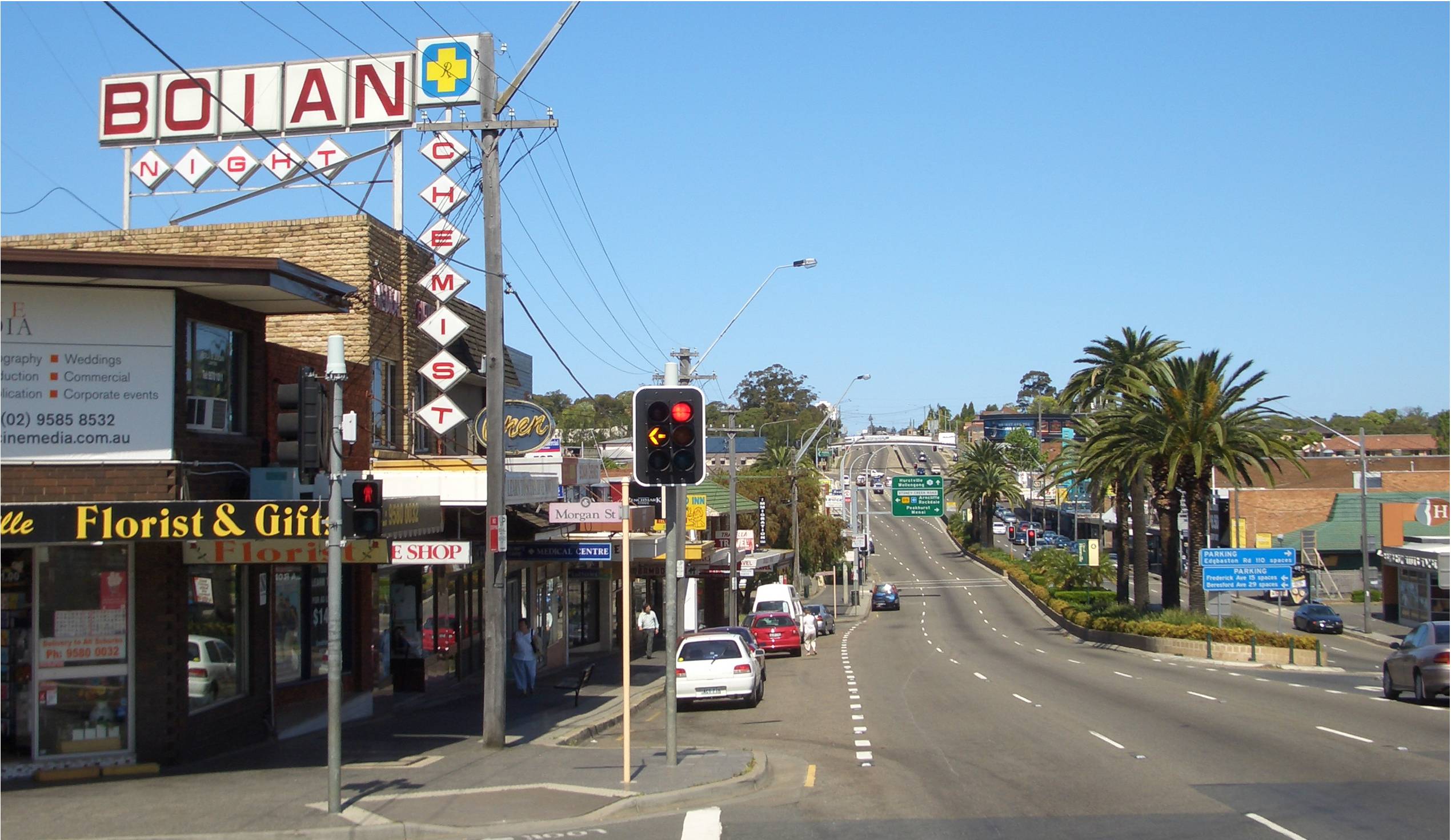 Beverly Hills is a in southern , in the state of , . Beverly Hills is located 17 south of the and is part of the St George area. Beverly Hills lies across two local government areas, the and the City of Canterbury. It is often colloquially referred to as "Bevo". The postcode is 2209, which is shared by Narwee.

Beverly Hills is mostly residential, consisting of many freestanding red brick and tile bungalows built in the years immediately after World War 2. Many of these feature late design elements. Medium density flats have been built in the areas close to King Georges Road and Stoney Creek Road.

Beverly Hills was originally known as Dumbleton after a local farm in the area, circa 1830. This name was generally disliked by residents who lobbied to supplant it with a more glamorous alternative to coincide with the arrival of the East Hills railway line, which opened 31st December 1931. The name was changed to Beverly Hills, at a time when in , USA was becoming famous for being the home of many famous movie stars. Real estate developments followed in the 1930s and 1940s. The post office opened 1st October 1940. [ "The Book of Sydney Suburbs", Frances Pollen, Angus & Robertson Publishers, 1990, Published in Australia ISBN 0-207-14495-8, p.27 ]

Beverly Hills railway station is on the East Hills/Airport line of the network.

Entrances to the M5 Motorway are located on King Georges Road, west of the shopping centre. The M5 Motorway connects east to Bexley North, Arncliffe, Sydney Airport and the Sydney CBD and west to Liverpool and Campbelltown.

Church is Australia's only Catholic war memorial church. It was built in the early 1960s to commemorate the Australian-US alliance during World War 2. The flags of both nations are permanently hung on either side of the main , and a special attended by US service personnel and diplomatic representatives is conducted there annually in commemoration of the . Regina Coeli is sited prominently on the highest point in Beverly Hills, and is a landmark visible for many kilometres in all directions.