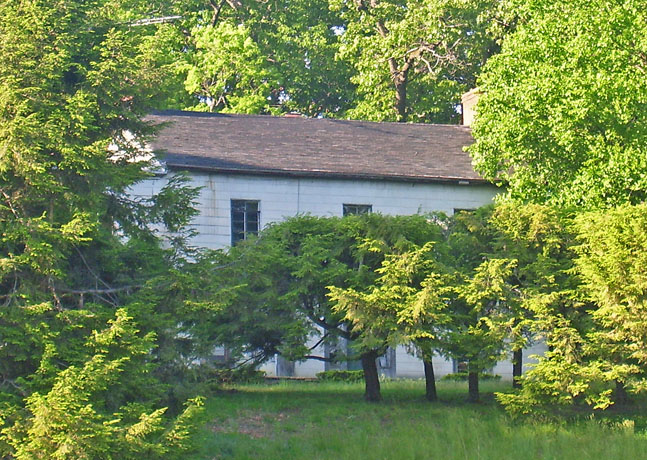 caption = The house of William Kemble, one of the company's founders, seen from the parking lot of the Cold Spring Metro-North station
location = Cold Spring, NY
nearest_city = Beacon
lat_degrees = 41
lat_minutes = 24
lat_seconds = 51
lat_direction = N
long_degrees = 73
long_minutes = 57
long_seconds = 22
long_direction = W
area = 87 acres (35 ha)
built = 1817
architect =
architecture =
added = 1973
visitation_num =
visitation_year =
refnum = 73001250
mpsub =
governing_body = Scenic HudsonThe West Point Foundry was an early ironworks in that operated from 1817 to 1911. Set up to remedy deficiencies in national armaments production after the , it became most famous for its production of s and other munitions during the Civil War, although it also manufactured a variety of iron products for civilian use. The rise of steel making and declining demand for cast iron after the Civil War caused it to gradually sink into bankruptcy and cease operations in the early 20th Century.

The impetus for its creation came from , who, after the , wanted to establish domestic foundries to produce . Cold Spring was an ideal site: timber for charcoal was abundant, there were many local iron mines, and the nearby Margaret's Brook provided water power to drive machinery. The site was guarded by , across the , and the river provided facile shipping for finished products.

The West Point Foundry Association was incorporated by , a local citizen, and the foundry began operation in 1817. Artillery was tested by firing across the Hudson at the desolate slopes of , which would have to be swept for as a result after some of it exploded in a 1999 fire. [cite web | url=http://www.hq.usace.army.mil/cepa/pubs/apr01/story7.htm | title=Corps of Engineers Cleanup Projects | accessdate=2006-12-14] The platform used for mounting artillery for proofing was uncovered during work in the early 1990s.

Parrott years and the Civil War

In 1835, Captain , a West Point graduate, was appointed inspector of ordnance from the foundry. The next year, he resigned his commission and on , was appointed superintendent of the foundry. It prospered under his tenure, and was the site of numerous experiments with artillery and projectiles, culminating in his invention of the in 1860.

The foundry's operations peaked during the Civil War due to military orders: it had a workforce of 1,400 people and produced 2,000 cannon and three million shells. Parrott also invented an shell which was used in an 8-inch Parrott rifle (the "Swamp Angel") to bombard Charleston. The fame of the foundry was such that , in his novel "", chose it as the contractor for the "Columbiad" spaceship-launching cannon.

In 1867, Parrott resigned as superintendent, although he continued to experiment with artillery designs until his death in 1877.

Of the buildings on the site, only the central office building remains intact; the rest are in ruins. convert|87|acre|ha around the site form a preserve owned by . [cite web | url=http://www.scenichudson.org/whatyoucando/visitourparks/westpointfoundrypreserve | title=West Point Foundry Preserve | accessdate=2006-12-14] . It can be visited by a short trail from the nearby Cold Spring Metro-North station. A major archaeological study of the site, funded by Scenic Hudson and undertaken by , is underway.