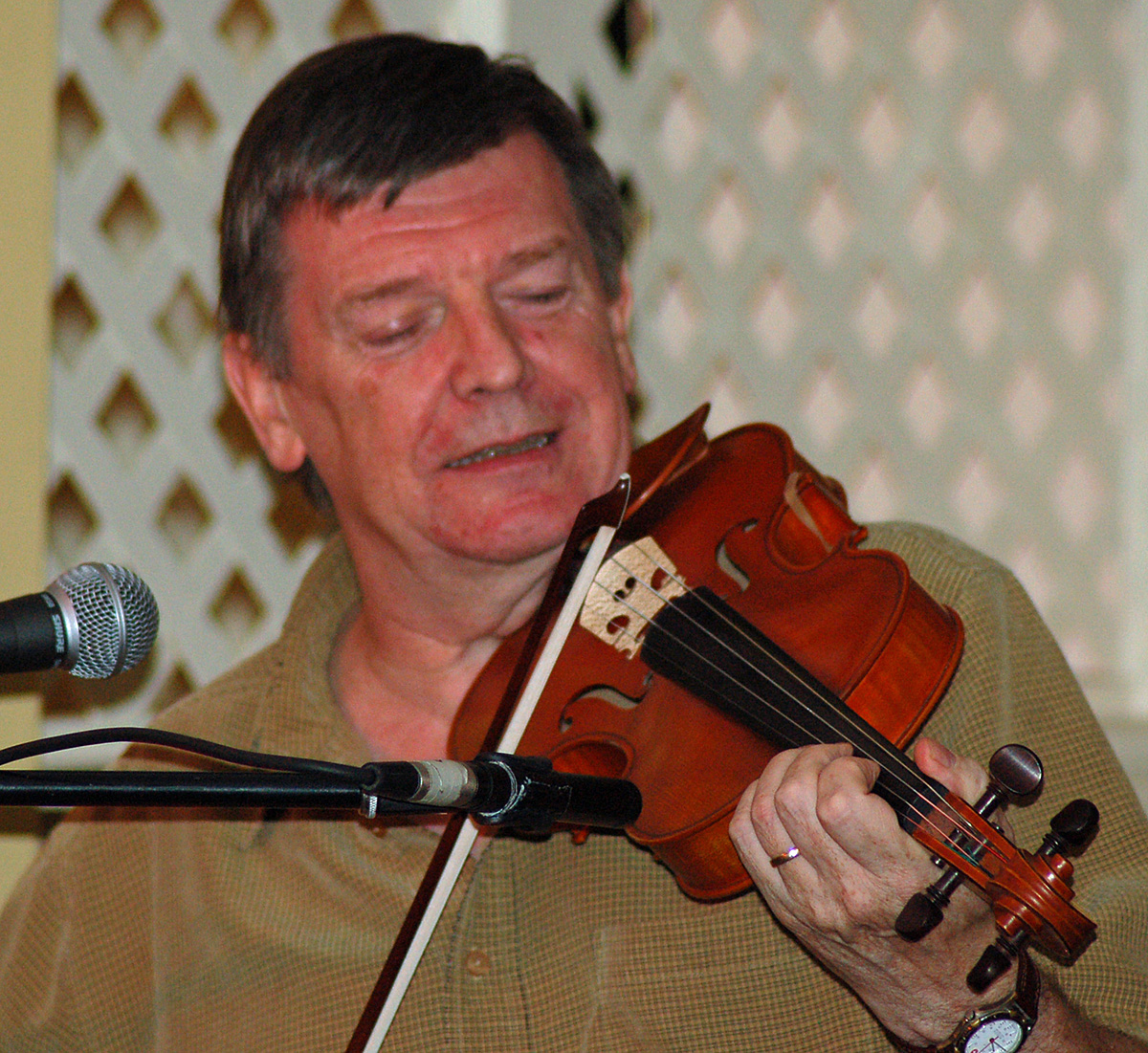 Kevin Burke is an Irish r. He was born in to parents from in 1950. He took up the fiddle at age eight, eventually acquiring a virtuosic technique in the fiddling style. He later became a member of the well known Irish traditional music groups (in 1976) and (in 1986). He settled in in 1979. He has played as a longstanding member of the Celtic Fiddle Festival since their inception in the early 1990's. Burke currently lives in Portland with his wife and two children.