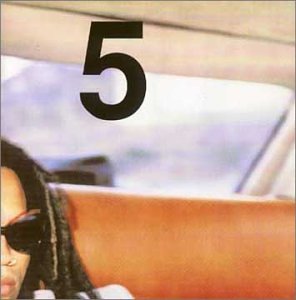 The album contained hits such as "Fly Away," and "I Belong To You", which helped Kravitz to expand his success to Europe. The album won two Grammys.

It was re-issued in 1999, including Lenny Kravitz's latest single from the soundtrack of "", "American Woman," plus a bonus track called "Without You."

In the production of the album, Lenny worked with digital technology sounds such as synthesizers and tape loops providing the album with better modern sound. The album contained more of his 70's inspired songs, funk and soul, mixed with his rock style.

"5", more than being named due to Lenny's fifth release, was for its religious significance and the meaning of a new beginning, after facing, for example, his mother's death, whom he dedicated the featured song, "Thinking Of You". [http://www.rockonthenet.com/artists-k/lennykravitz_main.htm]

All tracks written by Lenny Kravitz, except where noted.

*The tracklist was printed in the left side of the back CD inlay, so it is shown in the front part of the case.

Recorded at Ghetto Lounge Studios and .