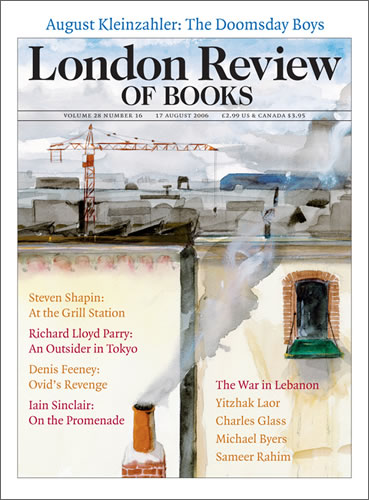 The "LRB" was founded in 1979 during the year-long lock-out at "". Its founding editor was , then professor of English at , , formerly an editor at "", and Susannah Clapp, a former editor at . For its first six months it appeared as an insert in the "". In May 1980, the "London Review" became an independent publication with a self described 'consistently radical' editorial orientation. ["The LRB has maintained a consistently radical stance on politics and social affairs", Alan Bennett, July 1996, in the Foreword to Jane Hindle (editor) "London Review of Books: An Anthology", Verso, 1996. ISBN 1-85984-860-5] Unlike the "TLS", the majority of the articles the "LRB" publishes (usually fifteen per issue) are long essays; some in each issue are not based around books, and several short articles discuss film or exhibitions.