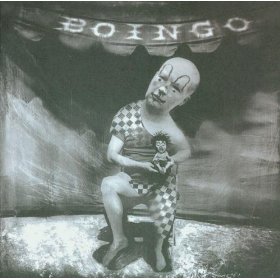 "Boingo" is the last studio by . For this release, the name was shortened to simply "Boingo". It was released in 1994.

The band saw some personnel changes for its first studio recording in four years. The three-man horn section and keyboard player were far less featured than on previous albums, and Warren Fitzgerald of joined the group, providing an additional guitar.

The album contains the longest songs in the Oingo Boingo catalog, with eight of the tracks over five minutes. Many incorporate string and brass arrangements reminiscent of Elfman's s. At sixteen minutes, "Change" is the longest song the band ever recorded, with layers of production expanding the track from its original 3 1/2 minute arrangement.