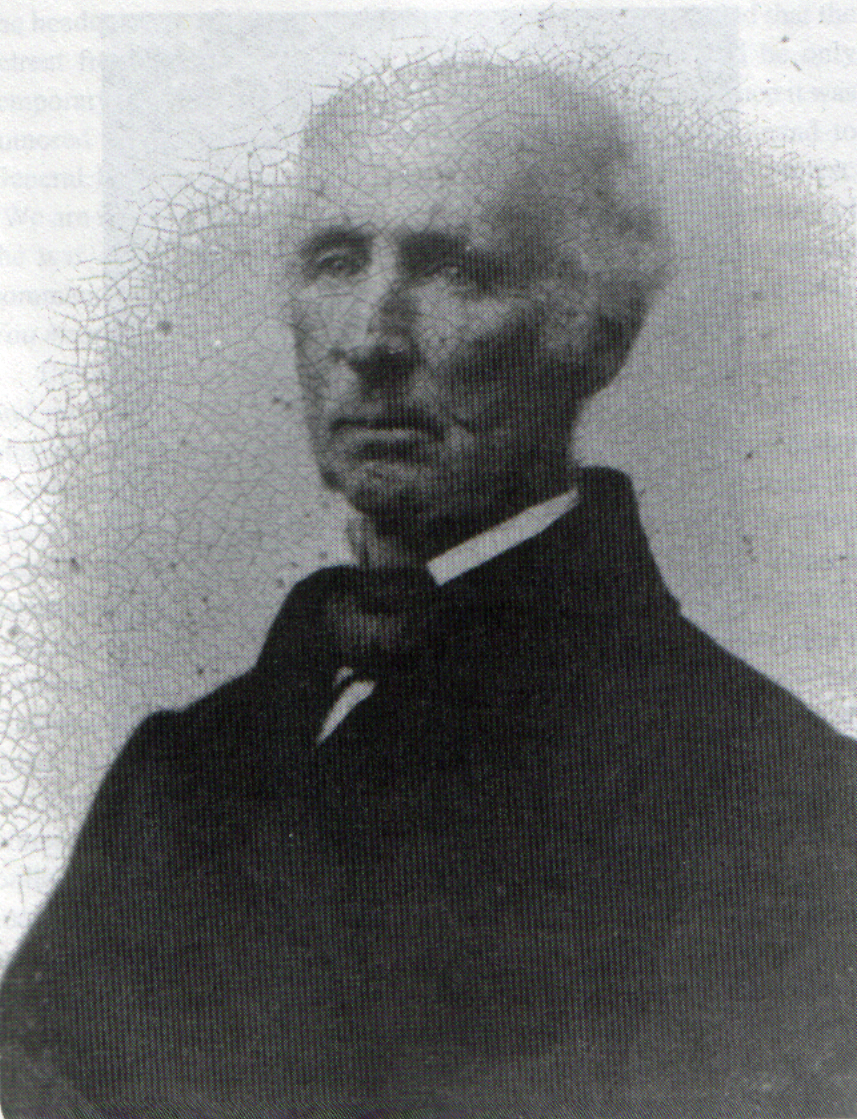 Richard Hawes (February 6, 1797 – May 25, 1877) was a from and the second Confederate Governor of Kentucky. He was part of an influential political family, with a brother, uncle, and cousin who also served as U.S. Representatives. He began his political career as an ardent Whig and was a close friend of the party's founder, . When the party declined and dissolved in the 1850s, Hawes became a Democrat, and his relationship with Clay cooled.

At the outbreak of the Civil War, Hawes was a supporter of 's doctrine of armed neutrality. When the Commonwealth's neutrality was breached in September 1861, Hawes fled to Virginia and enlisted as a brigade commissary under Confederate general Humphrey Marshall. When Kentucky's Confederate government was formed in Russellville, Hawes was offered the position of state auditor, but declined. Months later, he was elected Confederate governor of the Commonwealth following the late George W. Johnson's death at the .

Hawes and the Confederate government traveled with 's , and when Bragg invaded Kentucky in October 1862, he captured Frankfort and held an inauguration ceremony for Hawes. The ceremony was interrupted, however, by forces under Union general , and the Confederates were driven from the Commonwealth following the . Hawes relocated to Virginia, where he continued to lobby President to attempt another invasion of Kentucky.

Following the war, the Confederate government of Kentucky collapsed, and Hawes returned to his home in . He swore an oath of allegiance to the Union, and was allowed to return to his law practice. He was elected county judge of Bourbon County, a post he held until his death in 1877.

On November 13, 1818, Hawes married Hetty Morrison Nicholas of Lexington. He pursued classical studies at , then studied law under . [cite web |url=http://www.rootsweb.com/~kyfayett/dunn/hawes_richard.htm |title=Capt. Richard Hawes, Jr. House |publisher=RootsWeb.com |month=June |year=2006 |accessdate=2007-05-07] Hawes and Wickliffe became law partners upon the former's admission to the bar in 1818. Due to overcrowding of the bar in Lexington, Hawes moved to Winchester in 1824. While there, he became part owner of a and bagging factory with Benjamin H. Buckner.

Hawes began his political career in 1828 when he was elected as a Whig to represent in the . As a member of the state , Hawes saw limited service in the in 1832, and returned to his position in the Kentucky House in 1834. [Harrison in "Register", p. 29] He was an unsuccessful candidate for U.S. Representative in 1834, but was elected to represent Henry Clay's "Ashland District" three years later, serving from March 4, 1837 to March 3, 1841. He then moved to Paris, Kentucky in 1843 and continued the practice of law.

Hawes was once close friends with Clay, but the friendship between them cooled when Hawes supported instead of Clay for president in 1848.

Though alarmed by the election of in the election of 1860, Hawes was an opponent of secession, supporting instead of the idea of armed neutrality. In May 1861, Hawes, Breckinridge, and Kentucky governor represented the Southern Rights viewpoint at a convention to decide Kentucky's course in the Civil War. He attended another such convention in September 1861. Neither convention produced a conclusive decision.

A July 1861 address to the people of Bourbon County, authored by Hawes and other like-minded Democrats, blamed Republicans for starting the Civil War, denounced the coercion of states to remain in the Union, and warned that the Lincoln administration would fight to end slavery. The address called for an end to the war, recognition of the Confederate States of America as a sovereign nation, and equitable distribution of the national debt and federal property.

When Kentucky's neutrality was breached in September 1861, Hawes fled to Virginia to escape imprisonment by Federal authorities. While there, he enlisted as a brigade commissary under Confederate general Humphrey Marshall and was given the rank of . Though his ability to obtain supplies for Marshall's brigade was commendable given the difficult conditions, his age (64) and lack of military experience lessened his value to Marshall's unit, and his predilection for jumping the chain of command and communicating directly with Confederate Secretary of War put him at odds with Marshall personally.

In November 1861, delegates to the Confederate state sovereignty convention in Russellville, Kentucky appointed Hawes state auditor of the Commonwealth's Confederate government, but he declined in order to continue his military service. However, he wrote President Davis on January 25, 1862 to inform him that he was traveling to at Confederate Governor George W. Johnson's request in order to assist Johnson in administering the state government. He resigned his military commission two days later, but his departure for Bowling Green was delayed when he was stricken with .

While recovering from his illness, Hawes learned of the death of Governor Johnson at the Battle of Shiloh and of his own election as Johnson's successor. He joined the leaderless and nomadic , which had been traveling with the Army of Tennessee, in , and took the oath of office on May 31.

Bragg, desiring to enforce the Confederate Conscription Act in the Commonwealth, decided to install the provisional government in the recently-captured state capital of Frankfort. The ceremony took place on October 4, 1862. Humphrey Marshall gave the opening remarks, then General Bragg introduced Governor Hawes.

Displaced from their home state, the legislative council dispersed to places where they could make a living or be supported by relatives until Governor Hawes called them into session. Scant records show that on December 30, 1862, Hawes summoned the council, auditor, and treasurer to his location at for a meeting on January 15, 1863. Hawes unsuccessfully lobbied President Davis to remove Hawes' former superior, Humphrey Marshall, from command. On March 4, he told Davis by letter that "our cause is steadily on the increase" and assured him that another foray into the Commonwealth would produce better results than the first had.

The government's financial woes also continued. Hawes was embarrassed to admit that neither he nor anyone else seemed to know what became of approximately $45,000 that had been sent from Columbus to during the Confederate occupation of Kentucky.

By 1864, Hawes had joined his sister at the small Virginia settlement of Nelly's Ford. His wife and daughter joined him there. This location was only convert|100|mi|km from Richmond, allowing Hawes to travel easily to the Confederate capital for audiences with President Davis. Records show that as late as September 16, 1864, Hawes still maintained hope for another military advance into Kentucky. In the summer 1864, Colonel R. A. Alston of the Ninth Tennessee Cavalry requested Governor Hawes' assistance in investigating crimes allegedly committed by General during his unauthorized raid into Kentucky. Hawes never had to act on the request, however, as Morgan was suspended from command on August 10 and killed by Union troops on September 4, 1864.

Hawes remained at Nelly's Ford until May 1865. Finally satisfied that it was safe to return to Kentucky, Hawes arrived in Paris to find his home that had been burned by Union troops. Four of Hawes' sons served in the Confederate Army, including ; only three sons returned home from the war.

In 1866, he was elected county judge of Bourbon County. His most notable ruling in this capacity was to nullify the apprenticeship contracts of the in Kentucky.

"The Kentucky Encyclopedia" lists the name as "Clary"
There is some discrepancy regarding the number of children born to Richard and Hetty Hawes. Harrison claims that the couple had two children, while Neace and Harned mention four sons. The 1850 census showed 6 Hawes children living in the householdndash 4 sons and 2 daughters. This did not include James Morrison Hawes, who was already an instructor at the by 1850.