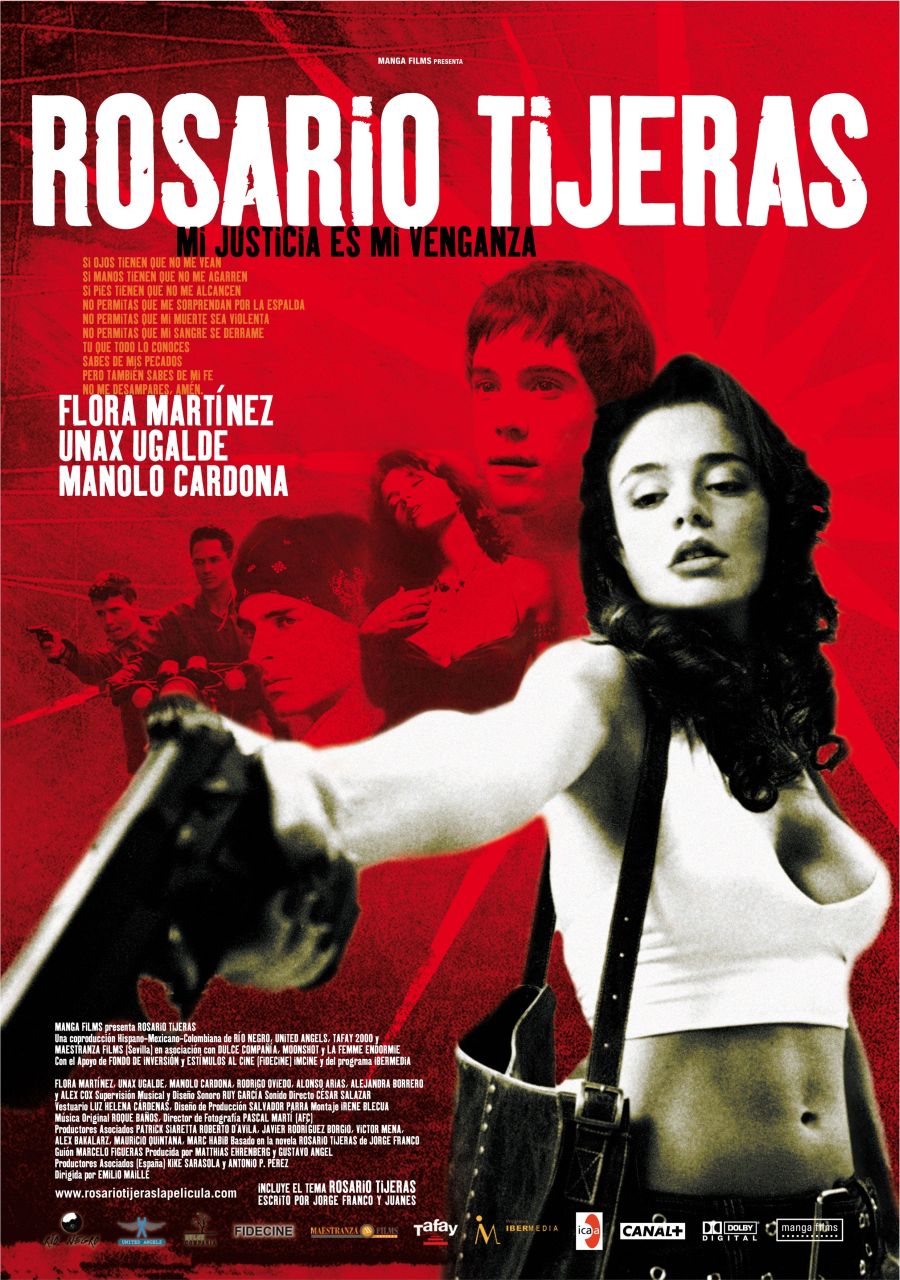 
"Rosario Tijeras" is a n based on the book of the same name written by Jorge Franco. The film was released in Colombia in 2005. In that same year the film had its North American premiere at the festival in Hollywood. The film also was nominated for a Goya Award for best foreign film. Rosario Tijeras is reportedly the second highest-grossing film in Colombian history.

The movie, based in a book by Jorge Franco, deals with the life of a beautiful woman involved with the subculture of , the motorcycle-riding hitmen of the slums of , Colombia, in the late eighties-early nineties. Rosario, a dangerous woman who was molested and raped as a child, and now claiming to be owned by no man, lives a life on the edge while trying to come to terms with her past and the men in her life, not making the best choices along the way.

The film is told in flashback from the point of view of Antonio, a young man from the upper class of Medellín. While at a Medellín disco one night, both he and his best friend, Emilio, simultaneously lay eyes upon the beautiful Rosario. Emilio pursues her and begins an affair with her. However, Emilio's family rejects the relationship, which crushes Emilio. Antonio continues his own platonic relationship with Rosario as her confidante. When Rosario's brother, Jonhefe, with whom Rosario lives, is killed, Antonio and Rosario grow closer. However, Rosario, who specializes in murdering men while kissing them, is a marked woman, and she eventually meets her comeuppance. It is Antonio who takes her to the emergency room, from where he relates her story.

*, song included in the soundtrack