Lord Leicester redirects here. You may be looking for Lord Leycester, the name of several things in and around Warwick, United Kingdom.

The title was first created for Robert de Beaumont, but he nearly always used his French title of Count of Meulan. Three generations of his descendants, all also named Robert, called themselves Earls of Leicester. The Beaumont male line ended with the death of the Fourth Earl. His property was split between his two sisters, with Simon IV de Montfort, the son of the eldest sister, acquiring Leicester and the rights to the earldom. (The husband of the younger daughter, Saer de Quincy, was created Earl of Winchester.) De Montfort however was never formally recognized as earl, due to the antipathy between France and England at that time. His second son, Simon V de Montfort, did succeed in taking possession of the earldom and its associated properties. He is the Simon de Montfort who became so prominent during the reign of Henry III, and was killed at the Battle of Evesham in 1265. His lands and titles were forfeited, and were soon re-granted to the king's youngest son Edmund Crouchback.

Crouchback's son Thomas lost the earldom when he was executed for treason in 1322, but a few years later it was restored to his younger brother Henry. Henry's son Henry of Grosmont left only two daughters, and his estate was divided between them, the eldest daughter Matilda receiving the earldom, which was held by her husband William V of Holland. (The two passages of the earldom via females illustrate the medieval practice by which such inheritance was allowed in the absence of male heirs.)

Matilda, however, soon died, and the title passed to John of Gaunt, husband of her younger sister, Blanche, who was later created Duke of Lancaster. Both the dukedom and the earldom were inherited by John of Gaunt's son, Henry Bolingbroke, and both titles ceased to exist when Henry usurped the throne, as the titles "merged into the crown". (The peers are vassals to the Sovereign, and no one can be a vassal to himself.) The properties associated with the earldom became part of what was later called the Duchy of Lancaster. Thereafter, the earldom was again created for Queen Elizabeth I's favourite, Robert Dudley. Since Dudley died without heirs, the title became extinct at his death. The title was again created for Robert Sidney, his nephew. Along with the earldom Robert Sidney was granted the subsidiary title of Viscount Lisle on 4 May 1605. The Sidneys retained the titles until the death of the seventh Earl in 1743, when the titles again became extinct. The title of earl was then recreated for Thomas Coke, but it became extinct when he, too, died without heirs.

The title was again bestowed upon George Townshend, 16th Baron Ferrers of Chartley and 8th Baron Compton, eldest son and heir apparent of George Townshend, 4th Viscount Townshend, later the first Marquess Townshend. Townshend was a female-line great-great-great-grandson of Lady Lucy Sydney, daughter of the second Earl of the 1618 creation. The earldom became extinct yet again upon the death of his son, the third Marquess and second Earl, in 1855 (the marquessate was passed on to a cousin and is still extant). 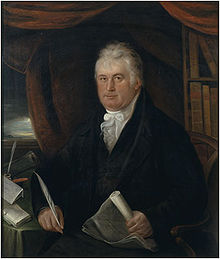 Thomas Coke, 1st Earl of Leicester (of the 1837 creation)

The Coke family is descended from the noted judge and politician Sir Edward Coke, Lord Chief Justice from 1613 to 1616. His great-great-great-grandson Thomas Coke was a landowner, politician and patron of arts. In 1728 he was raised to the Peerage of Great Britain as Baron Lovel, of Minster Lovel in the County of Oxford, and in 1744 he was created Viscount Coke, of Holkham in the County of Norfolk, and Earl of Leicester, also in the Peerage of Great Britain. Lord Leicester began the construction of Holkham Hall in Norfolk. He married Margaret Tufton, 19th Baroness de Clifford (1700-1775) (see the Baron de Clifford for earlier history of this title). Their only child Edward Coke, Viscount Coke, predeceased both his parents, without issue. Consequently, Lord Leicester's titles became extinct on his death in 1759 while the barony of de Clifford fell into abeyance on Lady de Clifford's death in 1775.

The Coke estates were passed on to the late Earl's nephew Wenman Coke. Born Wenman Roberts, he was the son of Philip Roberts and Anne, sister of Lord Leicester, and assumed the surname of Coke in lieu of Roberts. His son Thomas Coke was a politician and noted agriculturalist. Known as "Coke of Norfolk", he sat as a Member of Parliament for many years but is best remembered for his interest in agricultural improvements and is seen as one of the instigators of the British Agricultural Revolution. In 1837 the titles held by his great-uncle were revived when was raised to the Peerage of the United Kingdom as Viscount Coke and Earl of Leicester, of Holkham in the County of Norfolk. This was despite the fact that the 1784 creation of the earldom held by the Townshend family was then still extant (hence the territorial designation "of Holkham"). Lord Leicester was succeeded by his eldest son from his second marriage, the second Earl. He served as Lord-Lieutenant of Norfolk for sixty years and was made a Knight of the Garter in 1873.

The family seat is Holkham Hall, near Wells-next-the-Sea, Norfolk.

Lord Coke's heir apparent is his only son the Hon. Edward Horatio Coke (b. 2003)