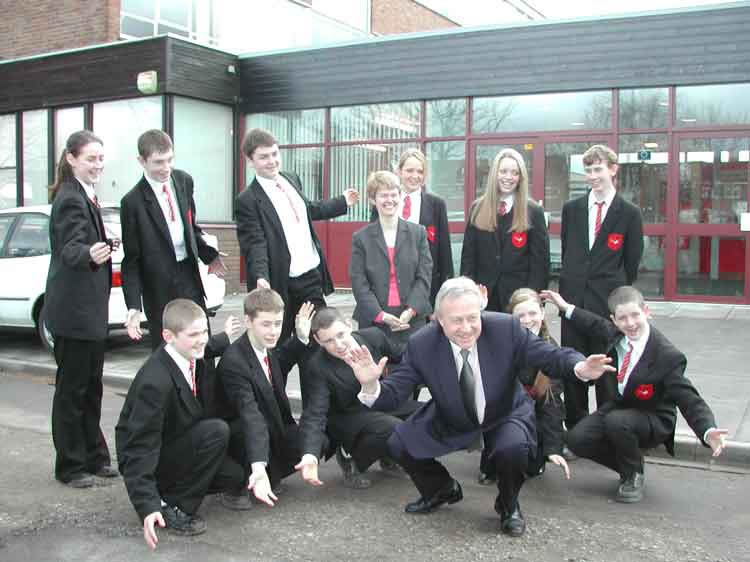 James Keith Chapman, known as Ben Chapman, (born 8 July 1940) is a British and former civil servant. He is the Labour for Wirral South.

Ben Chapman was born in , the son of a labourer, he was educated at the [http://www.appleby.cumbria.sch.uk Appleby Grammar School] on "Battlebarrow" (B6542) in Appleby. He joined the in 1958, initially in the Ministry of and , moving to the in 1962 where he remained until he joined the in 1970. In 1974 he became the First Secretary at the in , , and then in 1978 he was posted to , . He became the Assistant Secretary at the in 1981, before he was posted as the Commercial Counsellor at the British in , . He was appointed a director at the Department of Trade and Industry in 1991 before he left the civil service in 1995 after 37 years. He then went into business on the Wirral.

He joined the Labour Party in 1996 and within nine months he was a member of Parliament, when he won the Wirral South by-election on 27 February 1997 on a 17% swing with a majority of 7,888 and he is has remained the MP there since. The by-election was caused by the death of the Conservative MP Barry Porter on 3 November 1996. Ben Chapman, the only Labour MP to have represented Wirral South, made his on 12 March 1997. [http://www.publications.parliament.uk/pa/cm199697/cmhansrd/vo970312/debtext/70312-41.htm#70312-41_spnew2] Just 63 days after his election he had to return to his constituents and ask for a new mandate at the 1997 general election, which they duly gave him.

After the election of the Labour government in 1997, Ben Chapman became the to who was the at the Department for the Environment, Transport and the Regions, he then returned in the same position with Caborn to his old stomping ground at the Department of Trade and Industry in 1999. Following the 2001 General Election Caborn was made the Minister of Sport at the and took Chapman with him. Chapman ceased to be Caborn's PPS after the 2005 General Election and he now sits on select committees.

He married Maureen Ann Kelly (Byrne) on July 10 1999 in Westminster and they live in , and he has three daughters from a previous marriage. An lover, he was a in the Reserve 1959-61.