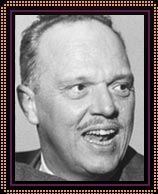 Joshua Lockwood Logan III (, &ndash; , ) was an American stage and and .

Logan was born in . His father died when Logan was only three, and his mother remarried six years later. He was reared in Shreveport, the seat of and the largest city in north . He attended in , where his stepfather served on the staff. At school, he experienced his first drama class and felt at home. After his high school graduation he attended . At Princeton, he was involved with the intercollegiate summer stock company, known as the University Players, with fellow student James Stewart and also non-student . During his senior year he served as president of the . Before his graduation he won a scholarship to study in with , and Logan left school without a diploma.

Logan began his Broadway career as an in "" in 1932. He then spent time in , where he "stag [ed] two productions ... and direct [ed] a touring revival of "Camille". He also worked as an assistant stage manager. After a short time in Hollywood, Logan directed "On Borrowed Time" on Broadway. The play ran for a year, but his first major success came in 1938, when he directed "I Married an Angel". Over the next few years he directed "", "", "", and "".

In 1942 Logan was drafted by the . During his service in , he acted as a public-relations and intelligence officer. When the war concluded he was discharged as a captain, and returned to Broadway. He married his second wife, actress Nedda Harrigan, in 1945; Logan's previous marriage, to actress , a colleague of his at the University Players in the 1930s, had ended in divorce.

After the war, Logan directed the Broadway productions "", "", "Mister Roberts", "South Pacific", and "Fanny". He shared the 1950 with and for co-writing "South Pacific". The show also earned him a for Best Director. Despite his contributions to the musical, in their review the "" originally omitted his name as co-author, and the Pulitzer Prize committee initially awarded the prize to only Rodgers and Hammerstein. Although the mistakes were corrected, in his autobiography Logan wrote "I knew then why people fight so hard to have their names in proper type. It's not just ego or 'the principle of the thing,' it's possibly another job or a better salary. It's reassurance. My name had been so minimized that I lived through years of having people praise 'South Pacific' in my presence without knowing I had had anything to do with."

Logan cowrote, coproduced, and directed the 1952 musical "Wish You Were Here". After the show was not initially successful, Logan quickly wrote 54 new pages of material, and by the ninth performance the show looked new. In its fourth week of release, the show sold out, and continued to offer sell-out performance for the next two years.

*
*
* [http://lcweb.loc.gov/rr/mss/text/logan.html Papers at Library of Congress]