Unity of the Brethren

Unity of the Brethren 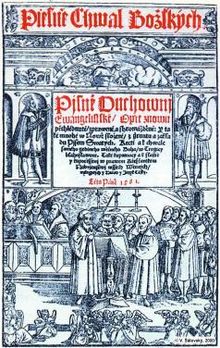 Unity of the Brethren hymnal, 1561

The Unity of the Brethren (Czech: Jednota bratrská, Latin: Unitas Fratrum, also known as Czech or Bohemian Brothers or Brethren) is a Christian denomination whose roots are in the pre-reformation work of priest and philosopher Jan Hus, who was martyred in 1415. 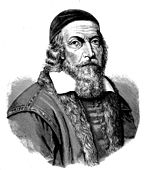 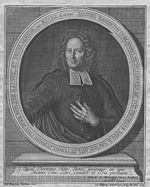 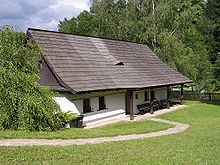 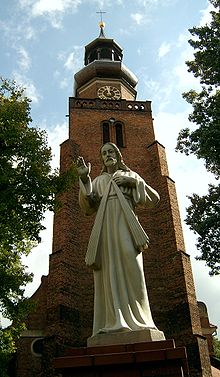 Former church of Unity of the Brethren in Leszno

Church of Unity of the Brethren in Genadendal, South Africa

The reforms of Jan Hus, which included providing the Scriptures to the people in their own language, and that both elements of communion should be available to the people, were popular with the Czech people, but met extreme opposition from church authorities. Hus was executed, but his teachings led to the formation of the Hussite movement. One of the later branches of the Hussitism was also Unity of the Brethren.

The roots of this radical and pacifistic stream within the early reformation movement go back to 1457 in a small village called Kunvald near Žamberk, on Litice lordship of king George Podiebrad, in the North-East part of Bohemia. Theologians and thinkers who provided inspiration for the future Unity of the Brethren were Hussite bishop Jan Rokycana and Petr Chelčický. Some other influential theologians and thinkers of Unity of the Brethren were: Brother Řehoř (Gregor) one of the founders, Lukáš Pražský — an inspiring theologian, Brother Jan Augusta, and the last bishop of Unity of the Brethren — Comenius (Jan Amos Komenský). Theologians and linguists of the Unity of the Brethren translated during the second half of the 16th century the Bible from the original languages into Czech. This translation is known as Bible of Kralice (Bible kralická) — until recently the most widely used Czech biblical translation — an equivalent to English King James Version.

After 1620, due to a counter-reformation by the Roman Catholic Church, Protestants were forced to choose to either leave the country or practice their beliefs secretly. Members of the Unity of the Brethren who lived abroad (mostly in Poland) and those who left under persecution, mostly from villages on the Moravian-Silesian border, regrouped a century later in Saxony under the influence of Count Nicholas Ludwig von Zinzendorf and formed the church which is now known as Moravian Church (in Canada and United States except Texas), Jednota bratrská (in the Czech Republic) and Unity of Brethren (in local languages mostly everywhere else, including Texas). During the Thirty-Years War, the church was very much on the run as it was targeted by local counter-reformation nobles and persecuted especially severely in its geographical homeland, and dispersed as a result to other Slavic lands, various German states and as far as the Low Countries, where Comenius attempted to direct a resurgence, much as the secret Jews (The Marranos) were forced to operate in Habsburg controlled Spain and other Roman Catholic Lands. The Thirty Years War was a time of much religious bloodletting, witch-burning and repression and by some estimates lead to millions of deaths and near depopulation of many areas in Germany and the eastern Holy Roman Empire as the wars ground on and on and forcible conversion and the inquisition were much practiced, even common. Most of the deaths were by-products of mercenary armies of occupation foraging for sustenance among peoples hanging on the edge of subsistence themselves, not out-and-out executions, excepting save perhaps isolated (and accidental) atrocities like the sack of Magdeburg.

Those who stayed practiced their beliefs in secret and privately passed their beliefs from one generation to the next. Even after Emperor Joseph II proclaimed toleration in 1781, only Lutherans and Calvinists were allowed to openly practice their faith. Many of the Brethren united with the Lutherans and most of them with Calvinists around that time. Later after the end of World War I and formation of Czechoslovakia in 1918, Czech Lutherans and Calvinists formed a united church — The Evangelical Church of Czech Brethren.

From about the middle of the 19th century until the outbreak of the First World War, a number of Czech Protestants immigrated to USA. In most of the US they formed Czech churches within the Presbyterian Church. Those who settled as farmers in the state of Texas in the United States decided to form their own denomination. Jindřich Juren (1850–1921) came to Texas in 1876, and from 1881 through 1888 was the only minister to these Brethren congregations. Representatives of these congregations met in 1903 and formed the Evangelical Unity of the Bohemian-Moravian Brethren in North America. The early churches reflected their origin and worshipped in the Czech language. By the 1940s, most of the churches reflected assimilation into the surrounding culture and worshipped in the English language. In 1959, the name Unity of the Brethren was adopted.

This body accepts the Apostles' Creed as a valid expression of their beliefs, and stresses the ancient motto, "In essentials, unity; in non-essentials, liberty; in all things, love." They believe the Bible is God's revelation to man, the sourcebook for all spiritual truth; that one God is revealed in three persons; that Christ is the only way of salvation; that salvation is by grace through faith; that the Holy Spirit dwells in believers; and that Jesus Christ will return to judge the world and reward the faithful believers. The Unity practices two sacraments—water baptism and holy communion. Christian parents present their infant children for baptism. All Christians are invited to communicate with them at the Lord's supper or communion. However, they do not regard full agreement on the elements, methods and modes of the sacraments as essential. They believe that love is the supreme evidence of Christian disciples.

The Unity of the Brethren church has adopted a church emblem having an open Bible, with a cross behind in the center, and a chalice in front to the left. According to the church, the "cross represents Christ as the resurrected and living Lord, the Bible is the sourcebook of all Christian truth, open for all to explore, while the chalice holds special significance for Brethren: not only is it a symbol of the Lord's Supper, but it is also a reminder of the pre-Reformation insistence of John Hus and the early Brethren upon receiving the Cup as well as bread in Holy Communion."

Currently the church is made up of 28 congregations with an estimated membership of 3500, with all except one located in the state of Texas. The location of the majority of churches is roughly the area from West, Temple, to Austin to Houston. The synod meets every two years. The Unity of the Brethren maintains several ministry organizations, including the Board of Christian Education; Brethren Youth Fellowship; Brethren Bookstore, operated in Caldwell, Texas; Brethren Journal (founded 1902); Christian Sisters Union; Friends of the Hus Encampment; Grants and Bequests Board; the Hus Institute for Lay Leadership (which meets with the various congregations); and the Mutual Aid Society. The Hus Encampment Facility is located near Caldwell, Texas. They have no seminary, but support the Moravian Theological Seminary in Bethlehem, Pennsylvania. Three missionary families are serving in Honduras and Mexico.