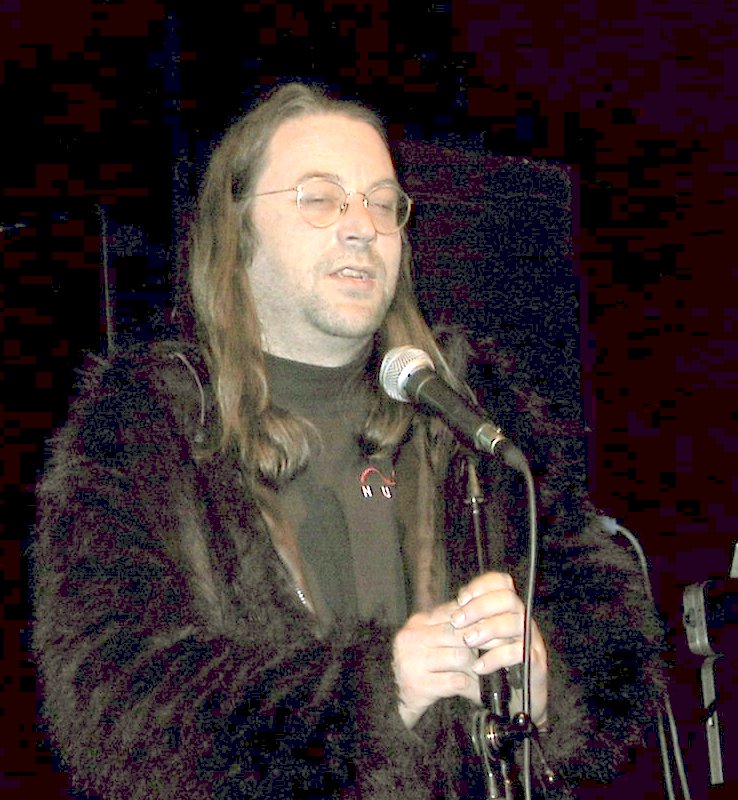 Jeff 'Yak' Minter (born in Reading, ) is a British computer/ designer and programmer. He is the founder of software house Llamasoft and his recent works include the light synthesizer (called Neon) built into the console and the video game .

Many of his games include certain distinctive elements&mdash;they are often arcade style s. His fondness of s, , s etc. often leads to them appearing in his games or the titles ("", "", ", , ", etc.). Also many feature something of a element, as in some of the earliest 'light synthesizer' programs such as his "".

In online forums and informal game credits pages Minter usually signs as "Yak", which is, in his own words

"a pseudonym chosen a long time ago, back in the days when hi-score tables on coin-op machines only held three letters, and I settled on Yak because the is a scruffy hairy beast - a lot like me ;-)."

Jeff Minter became interested in s while attending secondary school. He teamed up with Richard Jones, a fellow pupil, and together they started writing their own games on their school's . They soon parted ways. Jones went on to commercial projects, some of them in the software market (e.g., "").

In 1981 Jeff Minter started writing and selling video games. In 1982 he founded software house Llamasoft (a company that creates games rather than sells or distributes them is often called a house). His first game through Llamasoft was "" (US version: "Aggressor"): a "Defender" clone for the , but with little llamas instead of spaceships (a fan of "Defender", he would remake it again as "Defender 2000"). His second Llamasoft game, "", was written in a week and was his first commercial success both in the UK and in the U.S..

Later came a short spell writing games for the platform, some of which also had PC conversions (using a customized Pocket PC emulator). During this time, Minter released three games: "", "" (reworkings of his own early 80s games of the same name), and the PC/Macintosh game "."

In 2002, Jeff began work on a project for the Nintendo with the name of "Unity" — the combination of the two main threads of Jeff's work: light synthesis and classic arcade style shooting. Jeff was writing this game for 's but the project was cancelled in December 2004.

The version of the VLM to be used within "Unity" has since been reprogrammed and significantly expanded. Now named Neon, it has been used in the media visualisation. [http://xbox360.ign.com/articles/655/655146p3.html]

His most recent release is "", an action arcade game with similarities to "Tempest". "Space Giraffe" was released for on , through for 400 Microsoft Points, or 5 USD.