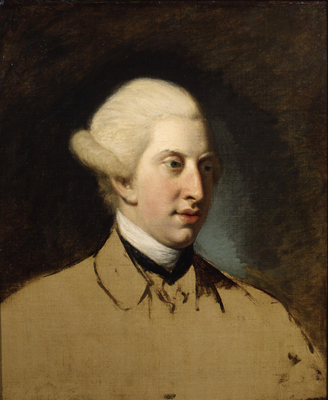 Prince William, Duke of Gloucester and Edinburgh KG PC FRS (William Henry; – ) was a member of the , a grandson of George II and a younger brother of George III.

Prince William later joined the . His father died in 1751, leaving the Prince's elder brother, Prince George, heir-apparent to the throne. He succeeded as George III on , and created William Duke of Gloucester and Edinburgh and on .

The Duke was Warden of Windsor Forest and resided at . He was most known for his secret marriage 1766 to Maria Walpole, the Dowager Countess of Waldegrave, an illegitimate granddaughter of Sir , from nearby . This marriage and that of his brother prompted the passing of the . They lived at in , near Windsor, and had three children:
*HRH ("Sophia Matilda"; &ndash; )
*HH Princess Caroline of Gloucester ("Caroline Augusta Maria"; &ndash; )
*HRH ( &ndash; )

Princess Caroline died aged nine months following a inoculation, intended to protect her from the disease [ [http://www.berkshirehistory.com/bios/mwalpole.html Berkshire History: Biographies: Maria Walpole, Duchess of Gloucester (1737-1807) ] ] . As great-grandchildren in the male line of King George II, Prince William's children were styled "Highness" from birth and used the territorial designation of Gloucester in conjunction with their princely styles. After William Frederick married his cousin Princess Mary, he and his surviving sister Sophia received the style of .

The Duke also had an illegitimate daughter by his mistress Lady Almeria Carpenter, a daughter of the .
*Louisa Maria La Coast ( , – , ), who married on in , to , later the 3rd Baron Macdonald of Slate. They had three children born before their marriage (legitimized by Scottish law, but not by Irish law) and ten children born after their marriage. (A previous marriage in Scotland was considered of doubtful validity). These children and their posterity are the only descendants of Prince William Henry, Duke of Gloucester and Edinburgh.

He served as the thirteenth Chancellor of Trinity College, Dublin from 1771 to 1805.

He died at in London.

* : Knight of the Garter

William was granted use of the arms of the kingdom, differenced by a "label argent of five points, the centre bearing a fleur-de-lys azure, the other points each bearing a cross gules". [ [http://www.heraldica.org/topics/britain/cadency.htm Marks of Cadency in the British Royal Family] ]