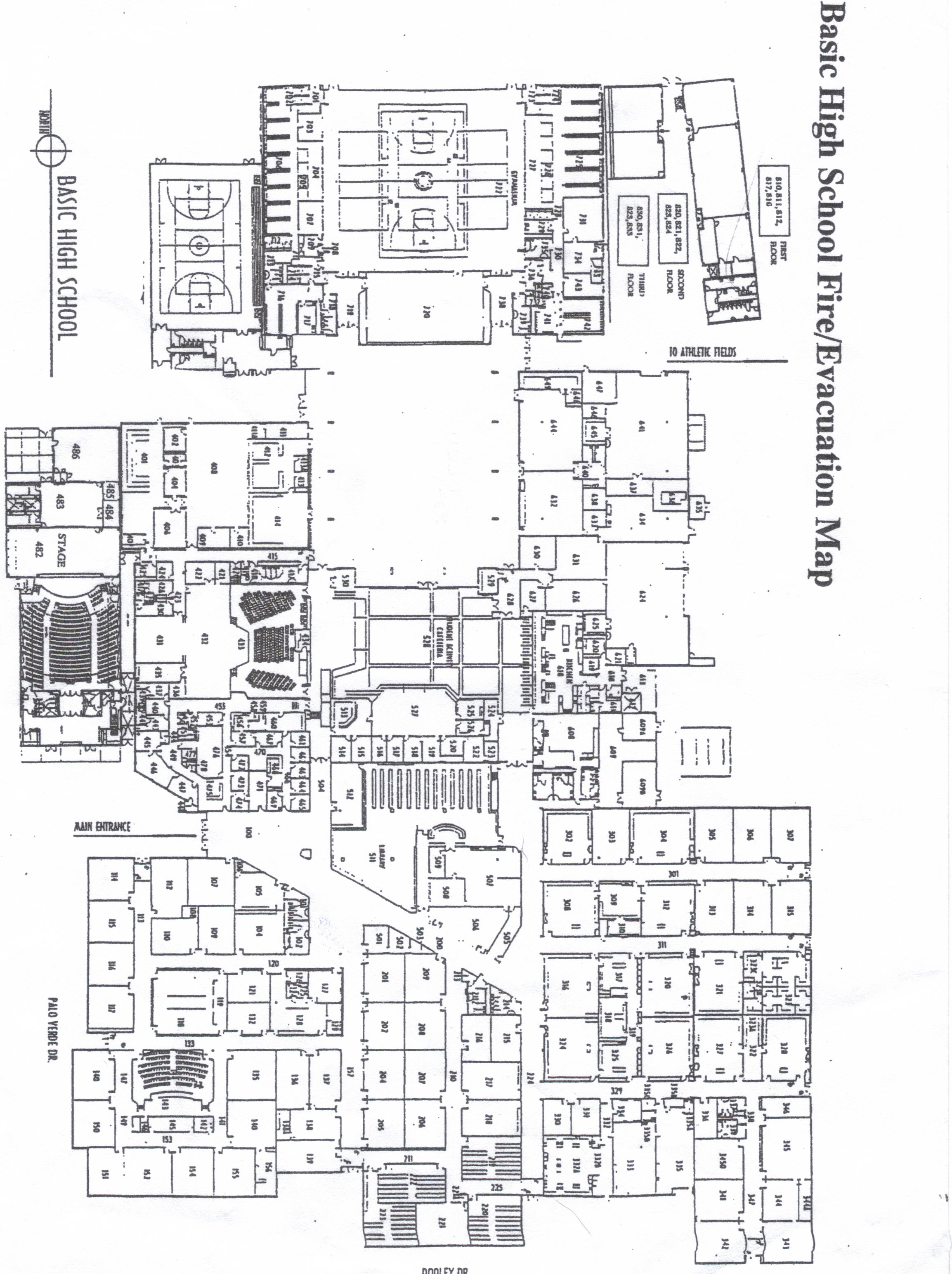 Basic High School Institute of Law, Justice, and Public Services; Institute for Health Wellness and Medical Technologies, is a nine-month that is part of the and is located in .

Unlike most schools in the , Basic High School is not named after an individual. During the era, numerous factories located themselves to the Las Vegas valley (among these factories were Basic Management Industries (Basic Magnesium Inc) and ). When the state of Nevada decided to create a city for the workers of these businesses, the name decided upon was “Basic.” The newly-found Basic, Nevada needed a school for their children to attend, hence Basic High School received the name of its city (the city of Basic is now the city of ).

Basic High School opened in 1942, a year after Basic Magnesium Inc. built its wartime magnesium plant on 2,000 acres (8 km²) of desert land. The school, then located where the city hall of Henderson now stands, had its first graduating class — 10 students — in the spring of 1943.

The school closed after the war ended, and as a result, the major businesses that were driven to the area by the war, closed as well. It opened again in 1954, on Van Wagenen and Pacific . However, it later relocated in 1971 to its current location, 400 N. Palo Verde , and the old site was renamed , which also closed temporarily for reconstruction in 2003.

Until the opening of , Basic was the only high school in the city of Henderson. A long-standing rivalry existed between Basic and Green Valley for several years.A large white "B" is painted on a local mountain during the week of Homecoming which stands for Basic; it's visible throughout the entire city of Henderson year-long. A separate "B" was painted near the old Basic High School, now known as Burkholder Middle School, which was also maintained for many years long after Basic relocated to its current campus. In the past, students used to (after winning the Homecoming game), set the "B" on fire; the rock is limestone, and could be seen at night in a low glow. The CCSD had banned that due to hazardous conditions.

A three-story building is very noticeable on the Basic High School campus; most classrooms here are classes for Freshmen students, and it is referred to as the "800 Building" since all classes here are in the 800's.

An is also offered at Basic High School.

Basic High School is one of the few schools in Henderson which still has an annual parade.

The school features several clubs, including a , bible club, math club, French club and Spanish Club.It is also one of the few high schools in the county to have a robotics club, which builds and designs high-tech robots and enters them at annual competitions at , and a Tech. Shop, which teaches car maintenance and repairs cars for free, at the expense of a much slower repair time.

Basic's "El Lobo" yearbook is also set to high standards, for it has won national praise for many years. The 2005 El Lobo Volume LXIII (63rd) yearbook was awarded Silver Medalist by the and named All-American with four marks of distinction for the 16th consecutive year. The yearbook is published by Herff Jones publishing company.

The Lone Wolf Newspaper of Basic High School is the oldest newspaper in Henderson, Nevada. The 2008-2009 school year will be its 66th year of publication. It has been pubished longer than the prominent Las Vegas Sun newspaper, owned by Greenspun Media founded in 1950.

Basic High School has a "Freshmen Academy", which is a program that allows better communication between Freshmen teachers, parents, and students, to decrease drop-out rates. It works by having all the members of The 'Freshman Academy' in 3 classes together, (usually , English, and ) which helps them make friends and build a better foundation for the rest of their stay at Basic.

Basic High School's athletics programs is known as the Wolves and competes in the Southeast Division of the . The schools football program has won two state championships the first in 1958 in Class 3A and the second in 1960 in Class 2A and a 3A championship was won by the girl's volleyball squad in 1975.

Basic High School's mission statement is that "Basic High School challenges students to pursue their individual learning goals whlie preparing themselves for the future". A school pride statement that is written on the walls of the main hallway, states, "For the strength of the pack is the wolf, and the strength of the wolf is the pack," which is line from the popular poem "The Law for the Wolves" by .