Ferdinand I of Romania

Ferdinand I of Romania 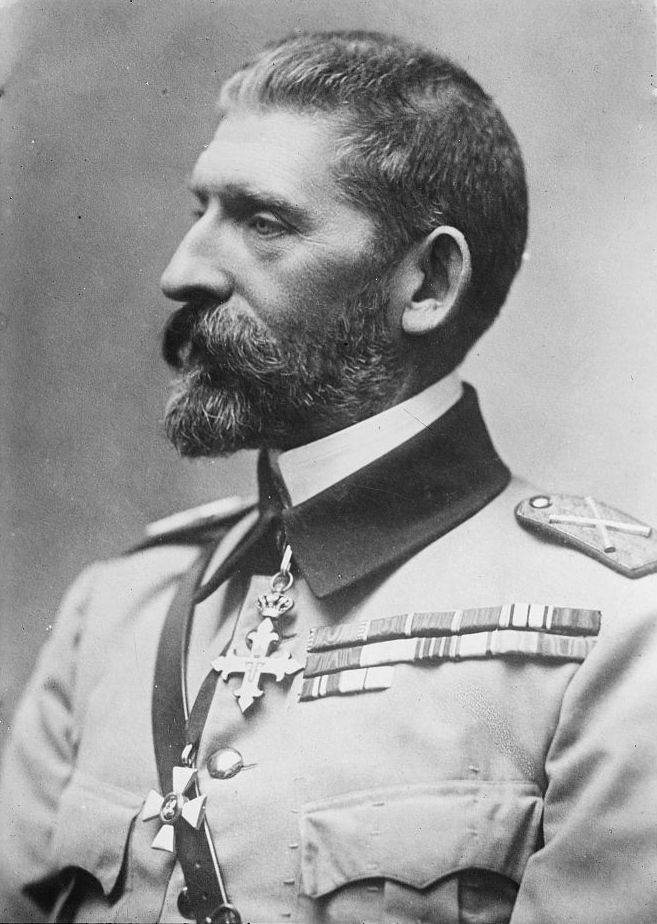 Ferdinand I ( – ) was the from until his death.

Born in in southwestern , the Roman Catholic Prince Ferdinand Viktor Albert Meinrad of , later simply of Hohenzollern, was a son of and (1845-1913), daughter of Queen Maria II and King Ferdinand II, himself from that -originated family.

Following the renunciations of his father and elder brother , young Ferdinand became the heir to the throne of his childless uncle, King in November 1888. The Romanian government did not require his conversion to Eastern Orthodoxy from Catholicism, allowing him to continue with his born creed, but it was required that his children be raised Orthodox, then the state religion of Romania.

In Sigmaringen on , Crown Prince Ferdinand married his distant cousin, the , daughter of and the Orthodox . Marie and Ferdinand were third cousins in descent from . Marie's paternal grandparents were and . Her maternal grandparents were and . The reigning Emperor of the neighboring was Marie's first cousin Tsar Nicholas II.Their marriage produced three sons (one of whom Mircea died in infancy) and three daughters, his wife being reportedly adulterous in later stages of the marriage, so Mircea is surmised children of . Ferdinand reportedly wanted to avoid scandal and did not repudiate the legal paternity.

Ferdinand succeeded his uncle on his death without issue as King of on , , reigning until his death on , .

Though a member of a cadet branch of Germany's ruling imperial family, Ferdinand presided over his country's entry into on the side of the powers against the on , . Thus he gained the nickname "the Loyal", respecting his oath when sworn in before the Romanian Parliament in 1914:

Also as a consequence of this "betrayal" of his German roots, the Kaiser Wilhelm II had his name erased from the House register.

Despite the setbacks after the entry into war, when and were occupied by the , fought on in 1917 and stopped the German advance into . When the s sued for peace in 1918, was surrounded by the and forced to conclude the . However, Ferdinand refused to sign the treaty. When the Allied advance on the front knocked out of the war, Ferdinand ordered the re-mobilization of the and re-entered the war on the side.

The outcome of Romania's war effort was the union of , and with the in 1918. Ferdinand became the ruler of a greatly enlarged Romanian state in 1918-1920 following the Entente's victory over the , a war between the and the , and the in , and was crowned in a spectacular ceremony on , at the historic princely seat of in Transilvania.

Domestic political life during his reign was dominated by the conservative National Liberal party led by the brothers Ion and . The acquisition of ironically enlarged the electoral base of the opposition, whose principal parties united in January 1925-October 1926 to form the National Peasant Party.

Ferdinand died in in 1927, and was succeeded by his grandson Michael I, under a regency. The regency had three members, one of whom was Ferdinand's second son, Prince Nicholas.