Nahal
For the landform, see wadi.

In 1948, a gar'in (core group) of Jewish pioneers wrote to Prime Minister David Ben-Gurion requesting that members be allowed to do their military service as a group rather than being split up into different units at random. In response to this letter, Ben-Gurion created the Nahal program, which combined military service and farming.

Some 108 kibbutzim and agricultural settlements were established by the Nahal, many of them on Israel's borders. Nahal settlements in the Jordan Valley and the Arava played an important role in Jordan's decision not to join the other Arab countries in attacking Israel during the Yom Kippur War.[1]

Gar'inei Nahal have served together in various army units, most famously in the Nahal Mutznakh (Airborne Nahal) battalion of the Paratroopers (Tzanhanim) Brigade, the reserve battalion of which was instrumental in the Israeli victory in the Battle of Jerusalem during the Six-Day War (1967). Also, many Nahal-founded settlements are still thriving today in the Galilee, the Negev, and the West Bank (as well as formerly in the Sinai Peninsula and Gaza Strip). Today, a gar'in is usually a group formed by a youth movement, such as the Israeli Scouts, for the purpose of volunteer work.

Today, there are two distinct units carrying on the historical tradition and name of the Nahal. The first is a large, non-combat command belonging to the IDF Education Corps, whose primary responsibility is to organize and coordinate the volunteer-type programs and activities that made the original Nahal unit famous in the 50s, 60s, and 70s. This command has a full staff of educational officers and soldiers, and also sponsors other endeavours such as Gadna, a week-long 'introduction' to the military for high-schoolers in which they become acquainted with the history, traditions, and routines of the military that they are about to join.

Lahakat HaNahal (The Nahal Band), a military music troupe known for its canonical Eretz Israel songs which have become classics. Many Israeli singers and entertainers began their careers in Lahakat HaNahal, among them Tuvya Tzafir, Neomy Polani and Gidi Gov. The band was featured on the Israeli telenovela HaShir Shelanu. 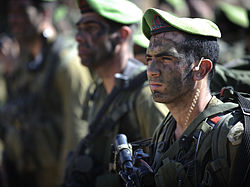 The Nahal infantry brigade was formed in 1982 due to the growing need for infantry manpower in the wake of the 1982 Lebanon War. Nahal brigade soldiers are distinguished by their light green berets, which earned them the nickname "sticklights" (Hebrew for glowsticks).

The 50th Battalion has a unique makeup. Two thirds of its companies are made up of groups that spend a year running programs in lower socio-economic communities before being drafted to the army, followed by a year and a half of training, serving in the same manner as other infantry units, another year of community service and a final ten months of infantry service. In 2010 Nahal soldiers from the 50th Battalion produced IDF Tick Tock, a viral video of themselves dancing as a flash mob in the streets of Hebron. [2]

The other third of the battalion, including the battalion's veteran combat companies, are made of Bnei Meshakim LePikud, nicknamed Mishkonim. The Mishkonim are youths from kibbutzim and moshavim, who, pass a two-day gibush (selection phase) prior to being drafted. After their initial training, they are sent, most often within the first year, to Command Sergeants' School. As a continuation of 50th Battalion tradition, they also complete a paratrooper course after their advanced infantry training. 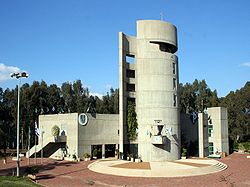 A fourth Nahal battalion, the Gadsar (Reconnaissance battalion), was created in the early 1990s to serve as a special forces detachment for the brigade. Soldiers wishing to serve in this elite battalion must pass a three-day gibush, after which they are dispersed into specialized training programs for each of the three companies that make up the battalion: the Palsar (Reconnaissance Company), the Palnat (Anti-Tank Company, commonly known as the Orev company), and the Palhan (Engineering and Explosives Company). Soldiers in this battalion undergo an additional 8 months of training in krav maga, urban combat, navigation, camouflage, parachuting and other specialized courses. During periods of low intensity conflict, the companies serve as counter-terrorism forces, raiding terrorist homes and hideouts. Gadsar Nahal won the IDF Chief of Staff prize in 2010 for best land combat unit.[3] 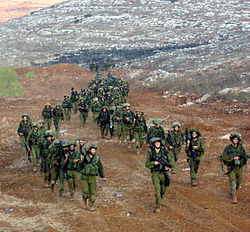 In 1984, Nahal was awarded the prestigious Israel Prize, for its special contribution to society and the State of Israel.[4]