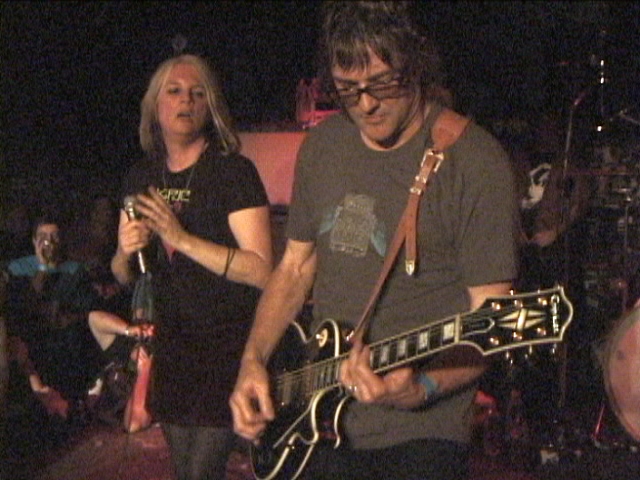 The Avengers were a San Francisco-based punk band in the first wave of American punk. , who later became a folk musician, was their . In , Houston moved to San Francisco, attended the , and shortly thereafter became the lead singer and for the Avengers. A three-song EP on was issued in . [ [http://www.stdteco.ca/~rina/avengers.html] ]

The Avengers opened for the in San Francisco at their final show at , and their four-song EP was produced by Steve Jones of that band. Several months later, this recording was released on featuring the memorable song, "The American in Me," as well as " Uh Oh!," "Corpus Christi," and "White Nigger." In addition to Houston, played bass, played drums, and played . played guitar on "Corpus Christi." [ [http://www.stdteco.ca/~rina/avengers.html] ]

An album called "The Avengers" (aka 'the pink album') was issued in 1983. Although the LP has long since gone out of print and into what Houston refers to as "legal limbo," it is available on CDR format directly from her website. In 1999, a of unreleased tracks and outtakes called "" was issued by .

The CD "" released in 2004, has four studio tracks and eight live tracks recorded at the Old Waldorf in 1979.

With the release of the new CD, vocalist Penelope Houston has joined with original guitarist Greg Ingraham to bring the Avengers back to life, completing the line-up with bassist Joel Reader (, The Plus Ones) and drummer Luis Illades (, The Plus Ones).

On July 16, 2006 Penelope and Greg joined to perform "American in Me" (credited as "Amerikan In Me" on 's official bootlegs) at the Bill Graham Civic Center. [ [http://www.stdteco.ca/~rina/avengers.html] ]