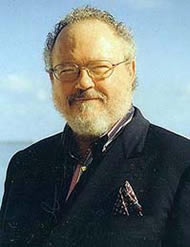 Thomas Harris (born , ) is an American of crime s, most notably "The Silence of the Lambs", which was made into a film of the same title starring as trainee FBI agent Clarice Starling and in an Oscar-winning portrayal of Dr. . As of 2008, Harris has published four novels featuring Lecter. All of his books have been adapted for the screen, with five films featuring his Lecter character. ("" has been adapted twice.)

The deaths of eleven i athletes at the 1972 inspired Harris to write the 1975 bestselling novel "Black Sunday", about the plans of a terrorist group to seize control of a , place a bomb on board, and explode it during the . This book was made into a movie starring Robert Shaw and .

Harris's 1981 novel, "Red Dragon", introduced his most enduring creation, , a brilliant and cultured psychiatrist turned cannibalistic , sometimes known by the nickname Hannibal the Cannibal. He is actually a minor character in this book, which details FBI agent Will Graham's pursuit of a serial killer of families nicknamed the Tooth Fairy. The agent was responsible for putting Dr. Lecter behind bars, but the experience left him physically wounded and so psychologically scarred that he is placed on leave by the FBI.

"Red Dragon" has been filmed twice, first by Michael Mann under the title "Manhunter" (1986), with actor appearing as Lecter and as Graham, and later as "Red Dragon" (2002), with Hopkins reprising his Lecter role and co-starring as Graham.

The Silence of the Lambs

Harris's 1988 novel, "The Silence of the Lambs", eliminated the Graham character and focused instead on Clarice Starling, an agent in training. Its plot centers on yet another homicidal maniac, called Buffalo Bill, and the FBI's attempt to gain insight from the imprisoned Lecter. It was made into a movie in 1991 and became the first horror story to win the Academy Award for Best Picture.

Harris's 1999 follow-up novel, "Hannibal", was the first of his three Lecter books to feature the character as its principal antagonist. A fugitive from justice, he turns up in Florence, Italy, as the curator of a museum, where Starling attempts to hunt him down.

This story was filmed and released in 2001. It once again featured Hopkins in his iconic Lecter role, but this time Starling was played by instead of Foster, who declined the role. Directed by , "Hannibal" was a huge hit, earning $351.7 million gross from movie theaters worldwide, which was $79 million more than the worldwide gross of its award-winning predecessor.

Harris allowed the controversial ending of this novel to be changed for the film. His literary version ends with Lecter and Starling living together in South America. In the film, Lecter once again escapes from the clutches of the law, but he is alone.

In 2004, signed Harris to an eight-figure, two-book contract. The first of these, "Hannibal Rising", chronicles the early life of the young Hannibal from age 8 to 18. It sheds light on the circumstances of the death of his family during , with a focus on Dr. Lecter's memories of his younger sister, Mischa, and an explanation on how Hannibal was first exposed to cannibalism. The book was released on . No details have been released on Harris' sixth novel.

A film version of "" featured no major Hollywood stars in any of its leads and was not as successful as the previous movies in this series.

Harris was born in , but moved as a child with his family to Rich, . He attended in , where he majored in English and graduated in 1964. While in college, he worked as reporter for the local newspaper, the "", covering the police beat. In 1968, he moved to to work for the .

The author is known for being private and reclusive, having avoided most media interviews for the past twenty years. He declined to participate in the screen adaptation of "The Silence of the Lambs". But when the film was finished, Harris sent cases of wine to the cast and crew.