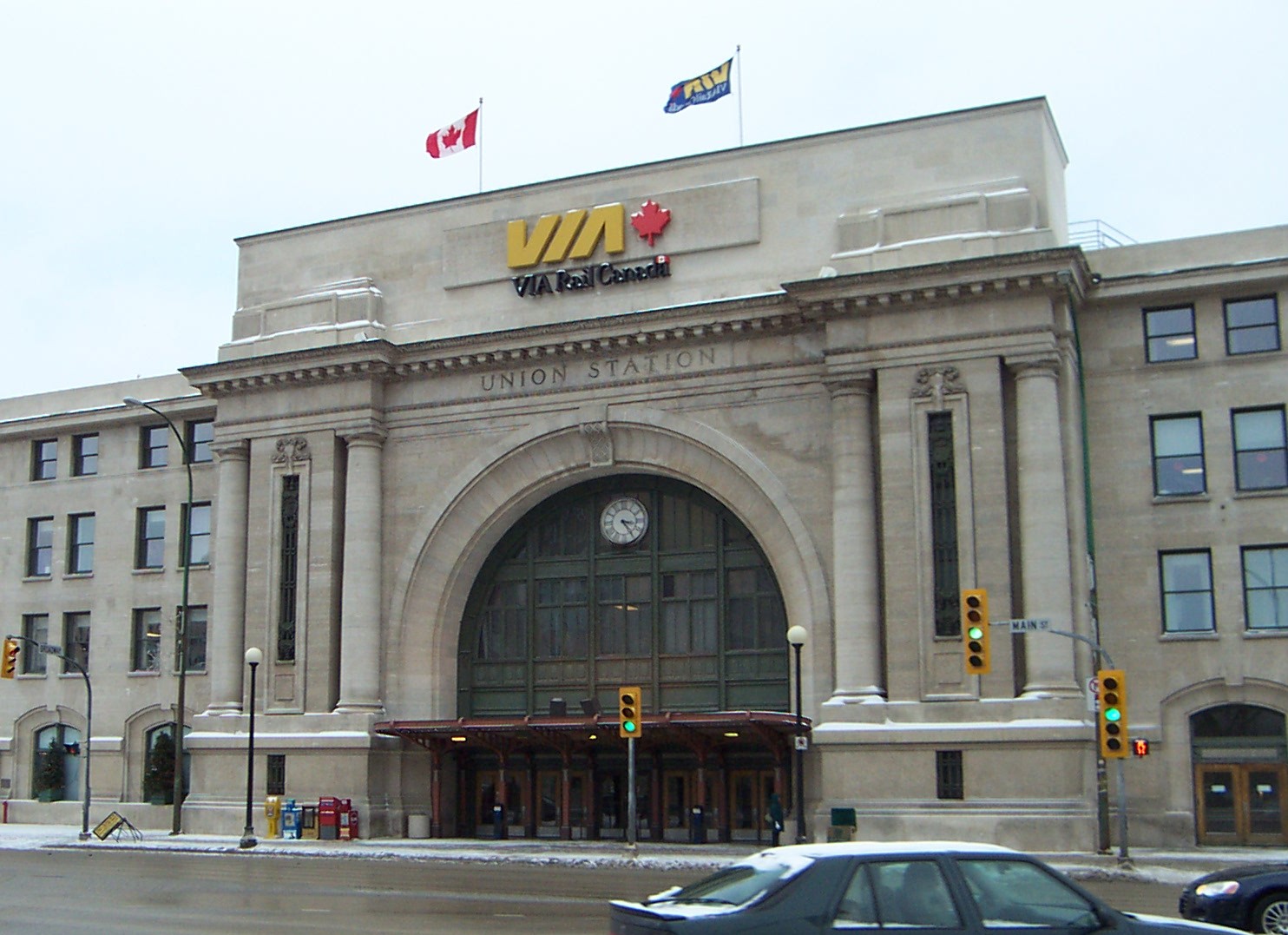 Union Station is the inter-city for Winnipeg, .

It is a grand neoclassical structure situated near The Forks in downtown Winnipeg. It was built by the & / . Union Station opened in 1911, and was designed by , the architects responsible for in .

Union Station was for many years an important transportation hub in the region. Thousands of immigrants passed through its halls, and it was home to the regional office of the which inherited the building from its predecessors. turned over passenger rail services in 1978, and has operated out of Union Station ever since. At present, Union Station is used by two trains - the Toronto-Vancouver "Canadian", and the Winnipeg-Churchill "Hudson Bay".

Although it is still used as a passenger train terminal, the functions of Union Station have changed with time. For instance, the terminal building contains offices occupied by non-railway tenants. The trainshed, which includes a total of eight through tracks and four passenger platforms, houses the on two tracks and two platforms.