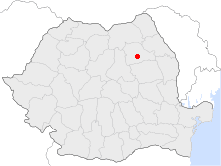 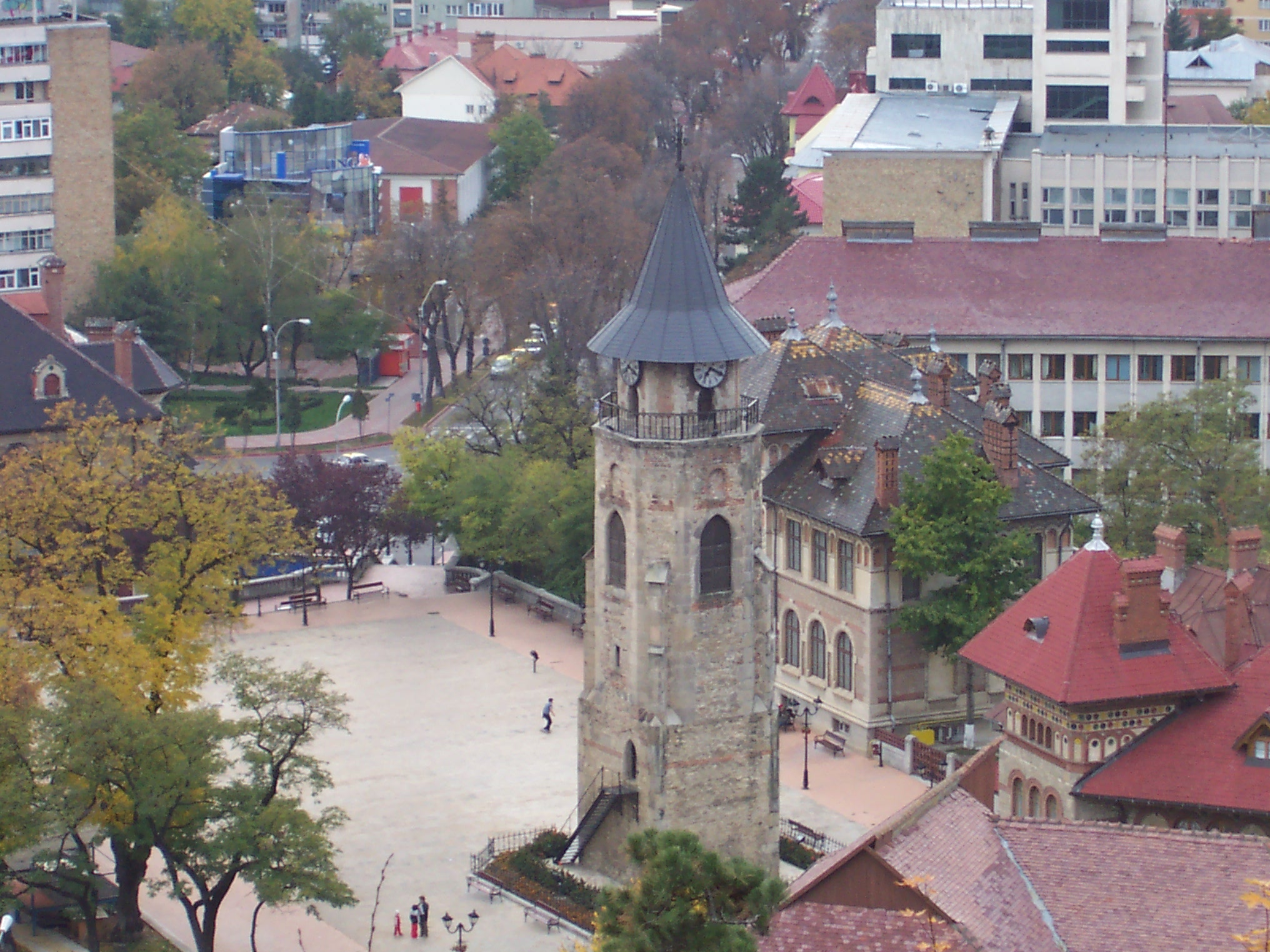 Piatra Neamţ (pronunciation in Romanian: IPA|/'pja.tra 'něamʦ/), (population: over 110,000) is the capital city of , in the historical region of , eastern . Because of its privileged location in the Eastern Carpathian mountains, it is considered one of the most cities in Romania. It is also the capital of the "Nord-Est" (North-East) development region, which consists of six Moldavian counties.

The "piatra" (meaning "rock" in Romanian) was always part of the settlement's name throughout its history. Other names that the city has been called are: Piatra lui Crăciun - "The city Hungarian name (Karácsonkő) also originates in the name" - (Christmas Rock) ; Târgu Piatra (Market Rock) (in the ) or simply Piatra to which was added the county name Neamţ (Neamt = German), to distinguish it from towns in other counties of the same name.

The city is located 350 km north of the capital city of , in the historical region of . The nearest airport is Bacău, situated at 60 km south. Piatra Neamţ is linked by Romanian railway trunk number 509 to Bucharest and , and by DN15 national road to (therefore to Bucharest), Iaşi, , and ().

The area around Piatra Neamţ is one of the oldest inhabited areas in Romania. The oldest traces of human civilisation in the present territory date back to the higher , about 100,000 years BCE. The , whose development lasted approximately one thousand years (ca. 3600-2600 BCE) was attested in the territory of Neamţ county by a remarkable number of settlements (approx. 150), archaeological diggings unearthing important museum collections of Aeneolithic artifacts. Archaeologists have also discovered objects here dating back to the Neolithic Period and the (about 1900-1700 BCE).

Excavations just outside the city revealed the ruins of a large Dacian city, Petrodava, mentioned by Greek geographer in the 2nd century. The whole compound had its heyday between the first century BCE and the first century CE. Standing out is the citadel at which contains shrines resembling those identified in the Orăştiei Mountains. As far as the existence of a local leader is concerned, historians tend to suggest the identification of the Kingdom of Dicomes in the very political centre at Petrodava. The complex of strongholds without peer in Moldavia and is evidence as to a powerful political and military centre both in ’s time and in the period that preceded the reign of . The settlement was documented in the as Piatra lui Craciun, or Camena, a .

The first urban settlements, which emerged under Petru I Muşat (1375-1391), were Piatra lui Craciun, Roman and Neamţ. The Neamţ citadel, whose documentary attestation dates back to February 2, 1395, was also erected during the same consolidation period of the Moldovian pricipate east of the Carpathians. The Princely Court of Piatra Neamţ is mentioned for the first time in a document dated , , to have been founded between 1468 and 1475, under Stephen the Great, the Princely Cathedral being built in 1497-1498, and the 20 m. tall Bell Tower in 1499.

The city's industries include a fertilizer plant, a pulp and paper mill, and several food-processing plants. In the city are also located an agricultural machinery plant ("Mecanica Ceahlău"), a pharmaceutical plant ("Plantavorel") and two paper manufacturers.

The city's main industrial park is situated 11 km south, in the area. During the communist period, the "Săvineşti platform" was one of the most important chemical plants in Romania and the site of a research institute. Today, the industrial facility is part of the Italian group , and it operates at a very low capacity.

Piatra Neamţ is home to (Youth's Theatre), G. T. Kirileanu library and many cultural events, including the "International Theatre Festival" in the springtime, the classical music event "Vacanţe muzicale" (musical holydays) in the summertime and more folkloric festivals all year round.

Starting with January 2009, Piatra Neamt will be the host of a short film festival called "Filmul de Piatra" (derived from the name of the city "Piatra" which means stone (rock) and translated as "Stone-film Festival"). The 1st edition will take place in the building of Teatrul Tineretului and other locations between 7th and 11th of January, 2009. The festival will have a national short film competition (all genres) and will award each category. The agenda will also include selections of international shorts, awarded in major festivals throughout the world. Other special programmes include live concerts, skiing and workshops.clr

The city's main attractions are the natural beauty of the area (the mountains and the lakes), the historical buildings, the museums and the festivals. Today, there are several programs in progress with the goal of transforming Piatra Neamţ into an important touristic destination in Romania (the construction of the cable car and the wintersports facilities [ro icon [http://www.primariapn.ro/fisiere/proiecte/pro_curs_2007.pdf Projects underway in 2007] ] ).

is the local football (soccer) team; best performance : 4th round in in 1999 after two matches versus Juventus Turin. Currently it plays in the second national league - .

Piatra Neamţ is the residence of "Constantin "Ticu" Lăcătuşu", the first Romanian alpinist who reached the top of .

The Piatra Neamţ Equestrian Stadium ("Baza Hipică") is the host of several and international competitions.clr