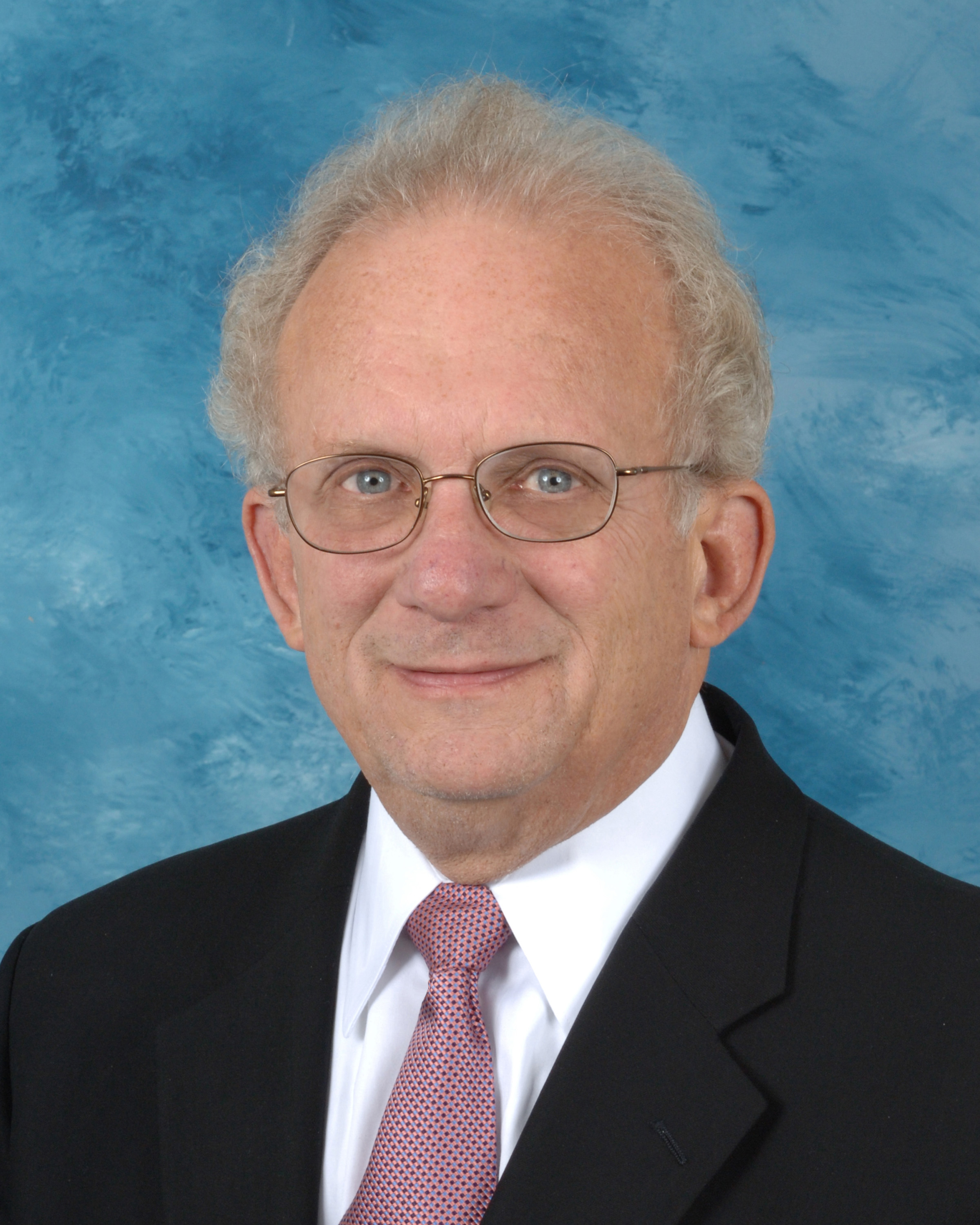 Howard Lawrence Berman (born ) has been a Democratic member of the since 1983, representing the 28th District of ( [http://nationalatlas.gov/printable/images/preview/congdist/ca28_109.gifmap] ). He was born in , was educated at the , and was a lawyer and a member of the from 1973 to 1982 before entering the House.

A self-described liberal, Berman aligns with the progressive wing of the Democratic Party.Fact|date=June 2007 Howard Berman has championed protecting American film industry jobs from (""). He has also voted against amending the constitution to require a balanced budget, banning the desecration of the American flag,

However, Berman is to the right on a number of issues -- particularly foreign affairs and trade. Berman voted in support of the invasion of Iraq in both 1991 and 2003, as well as for the ,

Berman is known for his staunch protection of interests and his alliances with the entertainment industry; he is sometimes referred to as the "representative from ."

Berman is also a strong supporter of , telling the Jewish newspaper, "" after being appointed Chairman of the , "Even before I was a Democrat, I was a ."

Berman is among "the most aggressive and creative members of the House, and one of the most clear-sighted operators in American politics." He is the son of the former Eleanor Schapiro and Joseph Berman, and grew up in modest circumstances. He graduated from in 1959, and earned his (1962, ) and LL.B. (1965) at . He was a volunteer (1966-1967) in Baltimore and San Francisco, and was an associate at a Los Angeles (1967-72) specializing in . He married Janis Gail Schwarz in 1979; they have two daughters, Brinley and Lindsey.

Berman was active in the Young Democrats at UCLA. He began his friendship with Henry Waxman there in 1960, when both were still undergraduates. Waxman was head of the YD liberal caucus, and through it ran the YDs. Both of them supported 's pursuit of the presidential nomination up to the eve of the 1960 convention.Berman was President of the California Young Democrats 1967-1969. [cite news
first=Mark Z.
last=Barabak
authorlink= |author= |coauthors=
title=Rep. Henry Waxman Takes to His New Role as Gadfly. The Los Angeles congressman says he´s simply keeping tabs on the White House
url=http://www.waxman.house.gov/news_files/news_profiles_waxman_gadfly_8_17_01.htm
format= |work=
publisher= |location= |id= |pages= |page=
date=2001-08-17
accessdate=2008-09-20
language= |quote= |archiveurl= |archivedate= ]

Berman won election to the Assembly in 1972 from a district in the , unseating the incumbent Republican Speaker pro-tempore.His brother Michael, in Henry Waxman's 1968 Assembly race, again ran a targeted mail operation.In 1974 Berman and Waxman both opposed 's unsuccessful revolt against , who rewarded Berman's loyalty by appointing him the youngest in the Assembly's history. McCarthy fired Berman when he tried to replace him in 1980.Although McCarthy failed to retain the Speakership, Berman failed to win it; and Brown became Speaker. Other members remarked on what a tough politician he was; the Bermans helped arrange a primary defeat for at least one colleague () who had opposed his bid.

Berman was the House sponsor of the 1986 that authorized by . It led to recoveries for the exceeding one billion dollars.

The complained that 151 members of Congress had investments (as of year end 2006) in companies that do business with the , suggesting that such holdings conflict with their responsibility for U.S. security policy. The most important such companies, ranked by estimated total value of members' holdings, were , , , , , , , , , and . It identified the top ten members of Congress asThe report named no other members among the 151, save Sen. and Rep. Berman. [cite web
url=http://www.ipsnews.net/news.asp?idnews=41893
title=FINANCE: U.S. Lawmakers Invested in Iraq, Afghanistan Wars
accessdate=2008-09-18
last=Abid
first=Aslam
authorlink= |coauthors= |date=2--8-04-07
year= |month= |format= |work=
publisher=Inter Press Service International Association ()
pages= |language= |doi= |archiveurl= |archivedate=
quote=Other panel chiefs who invested in defence firms include Sen. Joseph Lieberman, the Connecticut Independent who presides over the Senate Homeland Security and Governmental Affairs Committee, and Rep. Howard Berman, the California Democrat who heads the House Foreign Affairs Committee. In all, 151 current members of Congress -- more than one-fourth of the total -- have invested between 78.7 million dollars and 195.5 million dollars in companies that received defence contracts of at least 5.0 million dollars, according to CRP.] [cite web
url=http://www.opensecrets.org/news/2008/04/strategic-assets.html
title=Strategic Assets
accessdate=2008-09-18
author= |authorlink= |coauthors= |pages= |language= |doi= |archiveurl= |archivedate=
last=Mayer |first=Lindsay Renick
date=2008-04-03
work=Capital Eye
publisher=Center for Responsive Politics
quote=...lawmakers are personally invested in companies reaping billions of dollars from defense contracts.]

The 2000 census allocated California one new House seat, 53 in all. Howard Berman, "dad of the delegation" on redistricting, made a deal with Republicans Tom Davis and keeping 34 safe seats for Democrats, and adding one new Republican district while protecting 19 incumbent Republicans. Every California Democrat in the House and hired Michael Berman as a redistricting consultant, for a fee of $20,000 each. When the August 2001 plan was unveiled, complained that it undermined the safety of his seat with too many voters. "Howard Berman stabbed me in the back." Berman agreed to redraw the boundary between their districts, giving himself 55.6% and Sherman 36.5% population. The redistricting plan survived (June, 2002) MALDEF's court challenge, arguing it diluted Hispanic representation.

, of the , resigned from the committee after he himself became the subject of an ethics complaint. Berman had been its senior Democrat 1997-2003, and on reappointed him to replace Mollohan. Berman served on the subcommittee investigating the House's page program in the wake of the .

reported in 2006 that members of the House Ethics Committee and their staffs had taken many privately sponsored trips, about 400 trips from 2000 to mid 2005, at a total expense nearly $1 million. Of these, Democrats took about 80% of the trips at about 70% of the cost. Berman and his staff were at the top of the chart, with trips costing more than $245,000. Berman himself had taken 14 trips at the 's expense, including two to with Mrs. Berman. Aspen replied that its events for members were like graduate seminars, and did not push any policy agenda. "Gene Smith, Berman's chief of staff, said that the bulk of the congressman's foreign travel can be attributed to his being a senior member on the House Committee on International Relations." Five private groups (, [, the , and U.S. PIRG) jointly sent a letter to the e] thics committee urging it ban or restrict such travel. [cite web
url=http://projects.publicintegrity.org/powertrips/report.aspx?aid=412
title=Ethics Committee Members, Staff Among the Well-Traveled. House legislators mulling rules and their aides took about $1 million in trips
accessdate= |accessmonthday= |accessdaymonth= |accessyear=
author=
last=Robert
first=Brodsky
authorlink= |coauthors=
date=2006-06-14
year= |month= |format= |work= |publisher=
pages= |language= |doi= |archiveurl= |archivedate= |quote= ] [cite web
url=http://projects.publicintegrity.org/powertrips/default.aspx?act=profiles&pid=2
title=Sponsor Profile - Aspen Institute
accessdate=2009-09-20
author= |last= |first= |authorlink= |coauthors=
date=2006-06-05
format= |work= |publisher=
pages= |language= |doi= |archiveurl= |archivedate= |quote= ]

He is an endorser of the , pressing for more U.S. action on the genocide in Darfur.Fact|date=June 2007