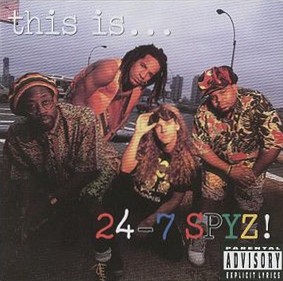 "This is...24-7 Spyz!" is a five-song EP released in by a brand new lineup of , featuring newcomers Jeff Brodnax (vocals) and Joel Maitoza (drums). The EP was released by the Spyz's new label - (a division of ) to test the marketability of the new lineup. The experiment was a success and the band released a full length album, "Strength in Numbers", the following year.

Two of the EP's five tracks would appear on that album, with the video for "Stuntman" receiving some airplay and an appearance on "". Like many albums, the recording is out of print.