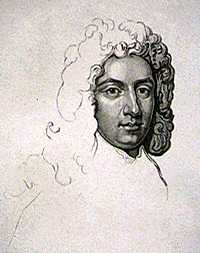 Born in , , Boyle inherited the title of from his paternal grandfather, , in 1699. On , , he married , who died twelve years later, bearing no children. He entered the House of Commons in 1708 as (MP) for Arundel, then he served successively as MP for Hythe and East Grinstead. In January 1720, Boyle remarried, this time to , and they had one child, Grace Boyle. That same year, Boyle was constituted the Commander in Chief of the Irish military forces by King George II, and in 1721, he was appointed to the Privy Council. In 1739, he received a promotion to the rank of ; however, he died a year after receiving it.