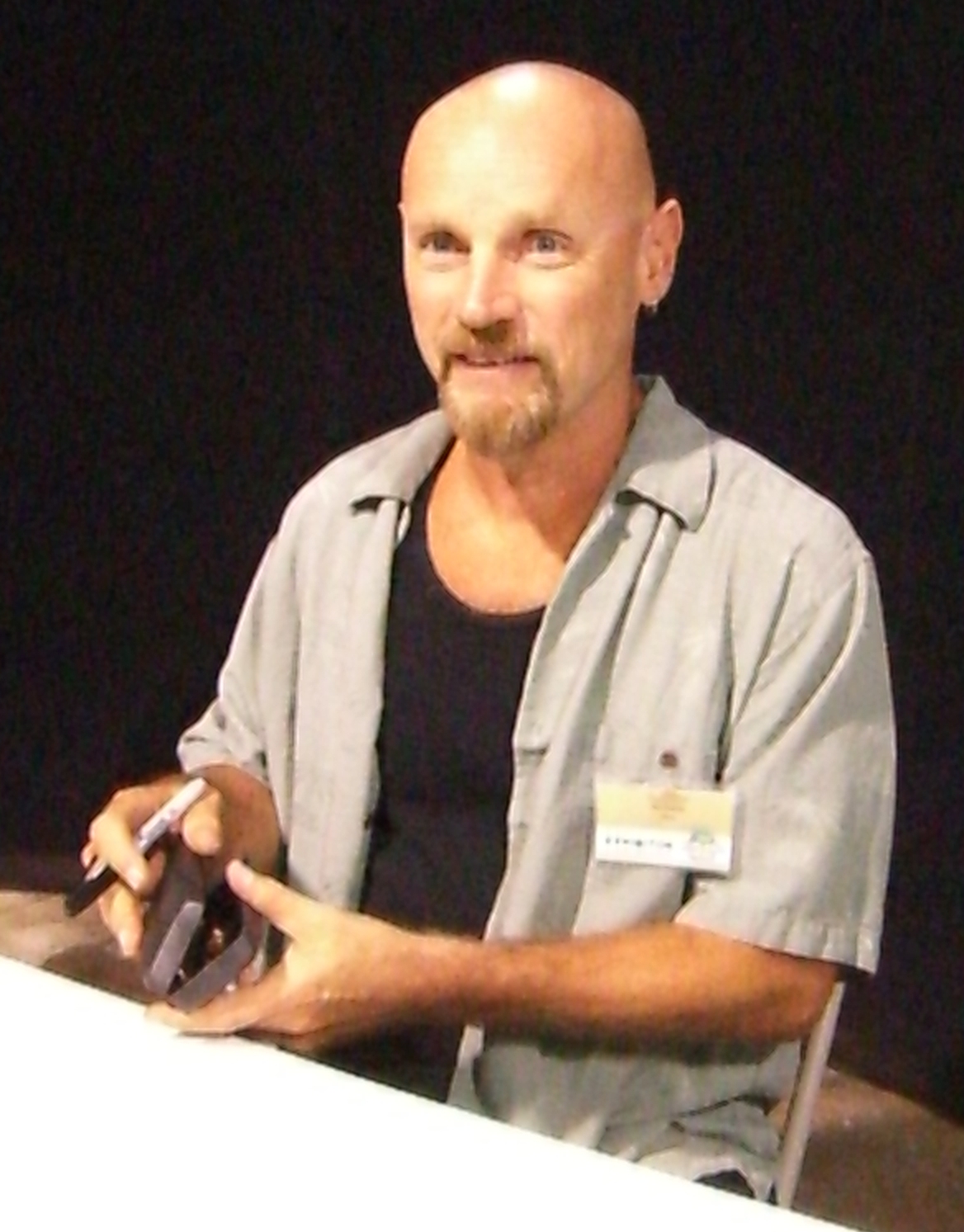 James P. "Jim" Starlin (born ) is an American writer and artist, who has worked for , and others since the early 1970s. He is best known for "cosmic" tales and and as the creator of the villain .

Starlin was born in .

After writing and drawing stories for a number of amateur fan publications, he got his break into comics working for and at in 1972.

Starlin, along with , and , was part of the generation of artists and writers who arrived in comics at that time who were primarily fans of / and the DC/Marvel Silver Age of Comics. His work was heavily influenced by the art of both Kirby and , at the Ditko-focused panel at the 2008 he said "Everything I learned about storytelling was [due to] him or Kirby. [Ditko] did the best layouts." [ [http://www.comicbookresources.com/?page=article&id=17603 CCI: The World of Steve Ditko] , , August 5, 2008]

Starlin's first job was as a finisher on pages of . He then drew three issues of "", which introduced , a homage to Kirby's character .Fact|date=August 2008 He was then given the chance to draw an issue of on again off again title, "Captain Marvel" (issue #25). Starlin took over as plotter with the next issue and developed through the comic an elaborate for the that has since been much referenced by other writers.

Starlin co-created the craze cash-in character and then began his most celebrated work: a re-imagining of a minor Lee/Kirby creation, . He scripted and drew a complex story-line with theological themes, as Adam Warlock, who had emerged from a kind of virgin birth, confronted a dictatorial Universal Church of Truth founded by his evil future self.

After Starlin's departure, the Captain Marvel title had again declined and Starlin was given the rare - for the time - opportunity to kill off the character in the first , "The Death of Captain Marvel".

In addition to his superhero work for Marvel (and later DC), Starlin contributed a cache of stories to the science-fiction anthology " "(1974). The magazine's independent status allowed Starlin to further developed his ideas of God, Death and Infinity free of the restrictions of the . Once again, the influence of his Marvel predecessors was evident; Starlin's depiction of God was clearly derived from Ditko's character Eternity from .

Death and suicide are recurring themes in his work: personifications of Death appeared in his Captain Marvel series and in a fill-in story for Ghost Rider; Warlock commits suicide by killing his future self, and suicide is a theme in a story he plotted and drew for "The Rampaging Hulk" magazine, to give only some examples.

He received recognition for his work with the Shazam Award for Outstanding New Talent in 1973.

He also drew "The Secret of Skull River", inked by Al Milgrom, for "Savage Tales featuring Conan the Barbarian" #5, published in July, 1974.

He worked on fill-in stories for the . The final part of his Omega story line was broken into two issues (#250/251) and re-edited. Upset with the editorial decision Starlin took his name off those issues and asked to be credited as "Steve Apollo".

Most of the 1980s were taken up for Starlin scripting and drawing for (an imprint of Marvel Comics), and later for . In the late 1980s he switched to and wrote "" including the story arc "" (in which the second Robin died). The death was decided by the fans with DC Comics setting up a hotline for fans to vote on and helping build the Batman craze which exploded with the release of Tim Burton's Batman movie soon after.

Starlin wrote at least two storylines for Batman during the 1980s that reflected the era. His series "" had the Ayatollah Khomeni recruit Joker to become the Iranian ambassador to the United Nations. Another storyline concerning the KGBeast had a Soviet supervillain accompanied by an Iranian partner go rogue from the KGB and embark on an assassination campaign targeting all political figures involved in the then American "Star Wars" program. The KGB Beast was portrayed as one of the toughest opponents the Batman ever met.

Both story lines received criticism in subsequent letter columns of later issues of the Batman series concerning a biased view toward Iran's political actions at the time. The Joker's stint as ambassador to Iran reflected an American bias towards Iran as a terrorist nation willing to side itself with any homicidal maniac (i.e., the Joker) regardless of religious or political ideology. Such representations of terrorism, while well received, are disputed by some.

Returning to Marvel after his successful Batman run, Starlin took over the writing chores on "Silver Surfer". His story arc featured the return of one of his best-known creations, the mad Titan Thanos. This story line led to the crossover and the return of another character Starlin had killed, . In the story Thanos uses the Infinity Gauntlet to kill half the Marvel Universe as a sacrifice for Mistress Death and Adam Warlocks effort to stop Thanos. Warlock builds an army, consisting of characters ranging from Spiderman to Galactus for this purpose. Characters including the Silver Surfer, Mephisto, Dr. Strange and Dr. Doom were also featured in this story.

Infinity Gauntlet met with large sales figures for Marvel and following the series other cosmic heroes were teamed with Warlock in a series named" ". There were several follow-ups to that story including Infinity War and Infinity Crusade.

For DC he created "Hardcore Station" .

Starlin has also written, with his wife , novels such as "Thinning the Predators", "Among Madmen" and "Lady El".