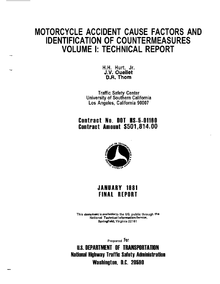 Example of a front page of a report

A report is a textual work (usually of writing, speech, television, or film) made with the specific intention of relaying information or recounting certain events in a widely presentable form.

Written reports are documents which present focused, salient content to a specific audience. Reports are often used to display the result of an experiment, investigation, or inquiry. The audience may be public or private, an individual or the public in general. Reports are used in government, business, education, science, and other fields.

Reports such as graphics, images, voice, or specialized vocabulary in order to persuade that specific audience to undertake an action. One of the most common formats for presenting reports is IMRAD: Introduction, Methods, Results and Discussion. This structure is standard for the genre because it mirrors the traditional publication of scientific research and summons the ethos and credibility of that discipline. Reports are not required to follow this pattern, and may use alternative patterns like the problem-solution format.

With the dramatic expansion of information technology, and the desire for increased competitiveness in corporations, there has been an increase in the use of computing power to produce unified reports which join different views of the enterprise in one place.[1] Termed Enterprise Reporting, this process involves querying data sources with different logical models to produce a human readable report—for example, a computer user has to query the Human Resources databases and the Capital Improvements databases to show how efficiently space is being used across an entire corporation.

Enterprise Reporting is a fundamental part of the larger movement towards improved business intelligence and knowledge management. Often implementation involves extract, transform, and load (ETL) procedures in coordination with a data warehouse and then using one or more reporting tools. While reports can be distributed in print form or via email, they are typically accessed via a corporate intranet.

Reports or an explanation about them:

The process of writing reports: