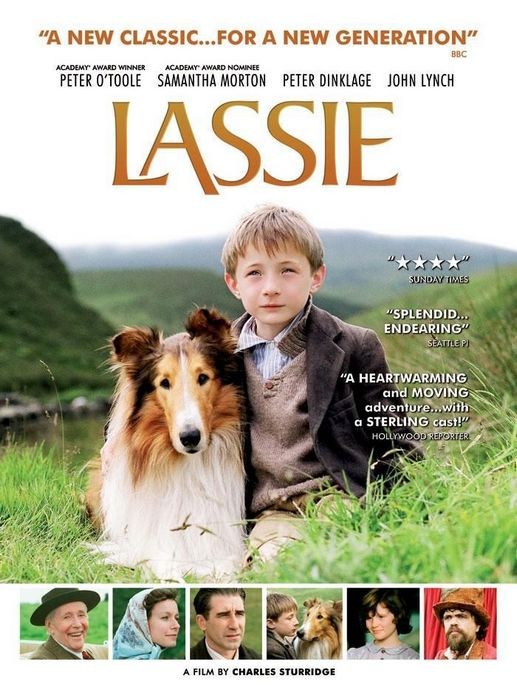 
"Lassie" is a family-based British/Irish/French 2005 film directed by . When a family hits financial crisis, they have no choice but to sell . Hundreds of miles away from home, Lassie sets out in a thrilling adventure to reclaim what is hers — her family.

Sam Carraclough, a miner who struggles to earn enough money to feed his family, sells the family's collie, Lassie, to the Duke of Rudling, leaving his young son heartbroken over the loss of his canine companion. The film follows Lassie on the collie's 500-mile journey from the Duke of Rudling's estate in the Scottish Highlands to the Carraclough home.

This is the 11th movie about Lassie, according to the producers. It is a remake of the 1943 film, "", and is based on Eric Knight's novel "Lassie Come-Home".

The movie was filmed in , and on the , and though acclaimed by a number of critics, was generally poorly received at the box office. A "New York Times" reviewer praised the film, saying it "...balances cruelty and tenderness, pathos and humor without ever losing sight of its youngest audience member" and also exclaimed, "This 'Lassie' exhibits a repertory of facial expressions that would put to shame".