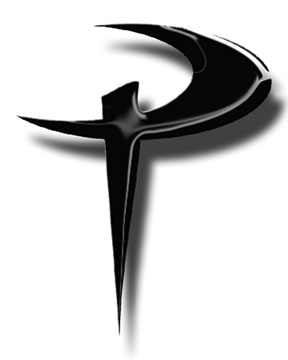 
"Pierrepoint" ("Pierrepoint: The Last Hangman" in ), is a 2005 British film directed by about the life of British .

The film premiered at the and was released in the UK on . In the USA, following a very restricted theatrical release during summer-2007, the film became available on DVD on , .

Originally commissioned as a television film in 2004, "Pierrepoint" was not broadcast on until , when it attracted an estimated audience of 3.6 million.

The film follows Britain's most prolific hangman, Albert Pierrepoint (), from the time he is first trained for the job and accepted onto the list of the country's official hangmen in 1932 until his resignation in 1956. Pierrepoint is seen dealing with his secret job in privacy, until his post as Britain's hangman at the s of s puts him in the public eye. Taking pride in his professionalism, Pierrepoint executes with the fastest hanging on record &ndash; seven seconds &ndash; and also hangs , the last woman executed in the UK. But he faces his toughest challenge when he is called on to hang his friend James "Tish" Corbitt, after Corbitt murders his girlfriend.

"Pierrepoint" deals with the subject of , and specifically hanging, through the eyes of the executioner. We see many executions taking place, and even towards the end of the film, they have the power to shock. However, we do not see a dark, sinister executioner, but a human being who takes pride in his work and maintains respect for the condemned, especially after they have been killed. The involved in the process of execution is examined, with Pierrepoint becoming almost a figure after his work in at the executions of s. This affects his work and his family, since both he and his wife encounter support and abuse from the public.

Despite very favourable reviews - particularly for - the film did badly at the box office and its release to DVD also saw disappointing sales. Part of this was down to the fact that despite the claims of director at the Glasgow Film Festival where it was premiered that "everything in it was true", the film was criticised as appearing to be more interested in delivering an anti-capital punishment message than in delivering a strictly factual representation. The depiction of the first execution in the film - where Albert had to take over from the fellow trainee - does not reflect reality. No new executioner was ever in modern times asked to be the number one executioner. Albert is also seen protesting that he was only offered the assistant position for his first job, this again does not reflect reality because with his family background he would have known that he would have to prove himself in that position first.

For example, the film portrays the notorious guard as barking "You are doing the Jews' work for them!" at Pierrepoint whilst weighing her, when Pierrepoint's autobiography and that of others involved in the trial executions said she was laughing and attempted to flirt with her captors.In Pierrepoint's biography, he describes the events leading up to Irma's execution and the hanging itself as follows :"At last we finished noting the details of the men, and RSM O'Neil ordered 'bring out Irma Grese'. She walked out of her cell and came towards us laughing. She seemed as bonny a girl as one could ever wish to meet. She answered O'Neil's questions, but when he asked her age she paused and smiled. I found that we were both smiling with her, as if we realised the conventional embarrassment of a woman revealing her age. Eventually she said 'twenty-one,' which we knew to be correct. O'Neil asked her to step on to the scales. 'Schnell!' she said - the German for quick." It was in fact that was originally claimed to have said this at nuremburg but he actually said " I have loved my German people and my fatherland with a warm heart. I have done my duty by the laws of my people and I am sorry this time my people were led by men who were not soldiers and that crimes were committed of which I had no knowledge. Germany, good luck ".

The hanging of the Belsen 13 is shown as taking place on a raised gallows in a large hangar. This may display confusion with the executions which took place in a gymnasium on 3 raised gallows. In reality Pierrepoint hanged the 13 on a gallows built to standard British specification, i.e. no steps to climb, in a room at the end of the corridor of cells in which they were held. Also, his assistant was a regimental sergeant major O'Neil and not an officer as portrayed in the film.

The film also sees Pierrepoint cajole a bewildered to the block in order to beat the record time of a rival executioner called Ford who aimed to take over the post of Chief Executioner. But there never was a British executioner called Ford, and even the assistant executioner (who was on poor terms with Pierrepoint) admitted in his own autobiography that Inglis ran to the trapdoor, much to Pierrepoint's and the guards' astonishment (as Inglis had asked - and was refused - a "practice execution" the day before, it seems it was "his" intention to get the record rather than Pierrepoint's).

Spall's own characterisation of Pierrepoint as a semi-simpletonFact|date=June 2008 married to a money obsessed wife, and divorced from the horrors of what he was doing until he was obliged to execute his own "friend" also came in for criticism from those who remembered Pierrepoint. In addition, Corbitt was not his friend, merely a casual acquaintance from his pub, and Pierrepoint had nothing of the emotional attachment and grief portrayed in the film Fact|date=August 2008. His outburst over the standard of the food served is used in the film to show his emotional state prior to hanging Corbitt, but the incident actually took place before a different execution.

Small details throughout the film are inaccurate, including female prison officers standing on the gallows at executions of female prisoners, the "lobby" set up of being suggested as standard in all prisons when in actual fact they were across the corridor in Glasgow's Barlinnie Prison and behind hidden doors in others, Pierrepoint's slow and clumsy actions in placing the hood and rope, making claims of innocence, and other less important details. But the impression given is of Pierrepoint cracking up under the strain as time goes on, and this has no basis in fact Fact|date=August 2008.

The role was originally to have been played by - who had played Albert Pierrepoint in the 1991 movie "" about the Christopher Craig/Derek Bentley case. However he was taken off - as subsequently was his replacement because they disagreed with the script and the direction Shergold clearly intended to take.Fact|date=June 2008

The North American title is also misleading. Although Pierrepoint was Britain's best and most well known hangman he actually retired a full eight years before the last execution took place in 1964 . The last handful of exections in Britain (e.g. ) were carried out by other hangmen.

The movie ends with Pierrepoint's famous anti-capital punishment view of later years which appeared in his autobiography. However, the film makes absolutely no attempt whatsoever to show that he later corrected the misconception and stated that it was because at the time "things were going steady."

Pierrepoint also stated "Oh, I could go again" when describing his reaction to particularly vile murder cases. This is a contrast to the slow broken man portrayed in the movie. It is accurate to say that the movie's portrayal of Pierrepoint bears little resemblance to reality.