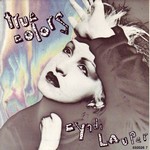 "True Colors" is a song written by professional songwriters and Tom Kelly. It was both the title track and the first single released from 's second album.

originally wrote True Colors about his own mother. Tom Kelly altered the first verse and the duo submitted the song to Cyndi Lauper. Other songs they wrote for Cyndi Lauper include "" and "Unconditional Love", the latter of which went on to be covered by .

True Colors also became a legend of its own in the community. Lauper embarked on a 2007 annual with several other acts including and . The tour was for the to promote human rights in the US and beyond. A second True Colors tour is currently underway in the US.Fact|date=March 2008

The song has been used in many advertisements, including;
* "Campaign for Real Beauty"
* - Used in "Show Your True Colors" campaign; also as the pre-show film for ""
* "The Drive of your Life" / 406 sedan
* "Appearances"
*
*

In an article from the , detailing the making of "True Colors" and the time right before its release, Lauper described the True Colors video:

"In the beginning, she's a storyteller pounding on an African drum; a girl moves through childhood and adulthood, with the shell symbolizing the turning of tides and so forth; Cyndi then walks through that desert with the new group of children in the background; the last shot is of Cyndi pounding on the drum a final time. Then she of course spoke of loving yourself, and accepting who you are."