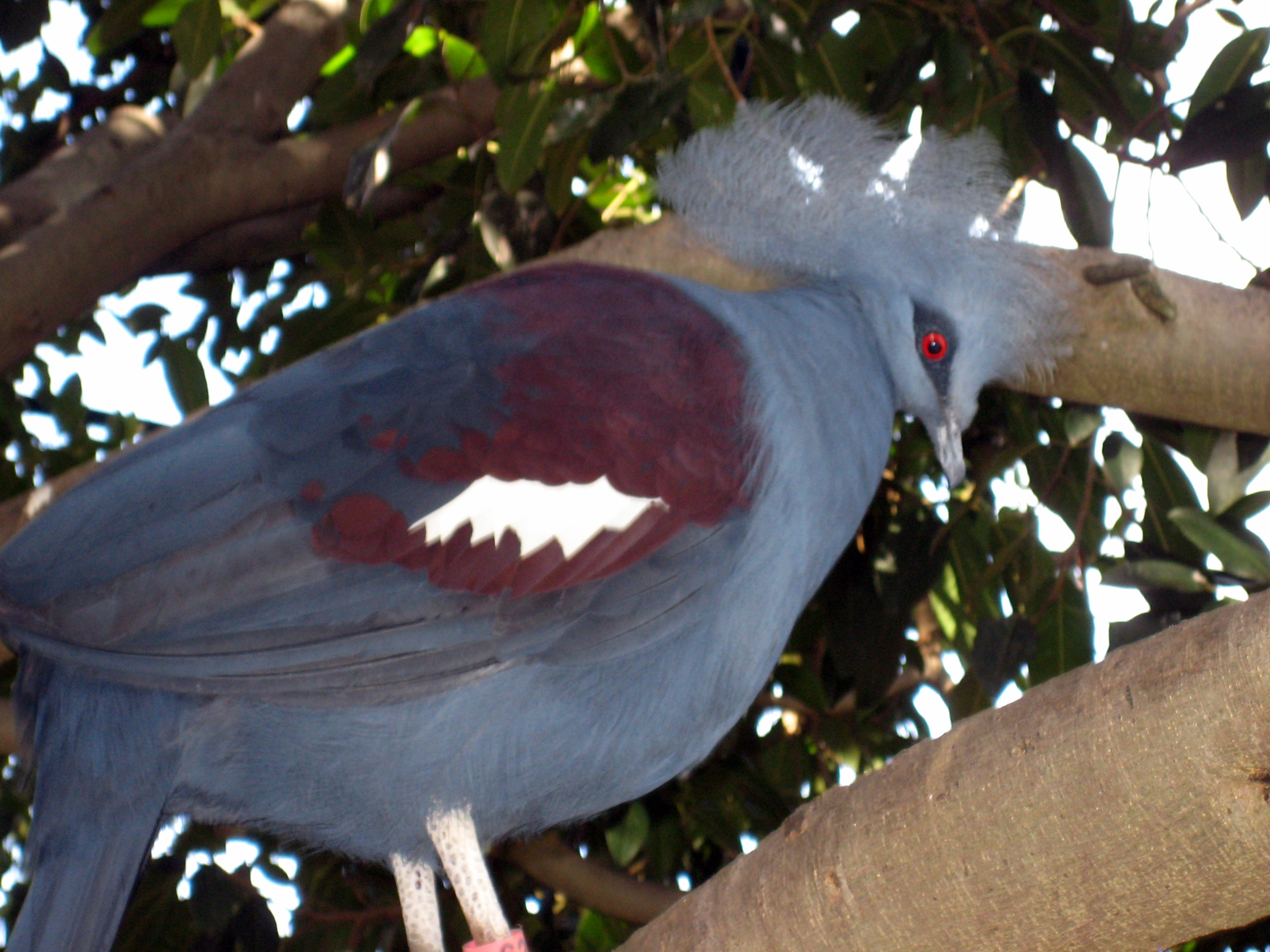 Along with its close and very similar looking relatives the and the , it is one of the largest and is consideredone of the most beautiful members of the family. The Western Crowned Pigeon is found and endemic to the rainforests of Papua, section of ; the other species of crowned pigeon inhabit different regions of the island. The diet consists mainly of fruits and seeds.

Hunted for food and its plumes, it remains common only in remote areas. Due to ongoing habitat loss, limited range and overhunting in some areas, the Western Crowned Pigeon is evaluated as Vulnerable on the of Threatened Species. It is listed in Appendix II of .