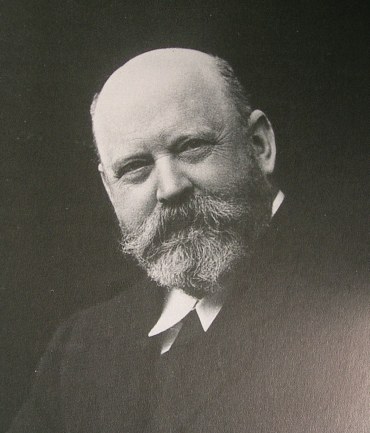 Lionel Walter Rothschild, 2nd Baron Rothschild (, &ndash; ), a scion of the Rothschild family, was a British , politician and .

Walter Rothschild was the firstborn son and heir of Lord Nathan Rothschild, the first Jewish peer in England.

Rothschild was 6.3 ft. tall and very shy, but he had his photograph taken riding on a , and drove a carriage harnassed to 6 zebras to to prove that zebras could be tamed.

Rothschild studied zoology at and worked for the family firm of in from 1889 to 1908. Meeting sparked his interest in the of birds and butterflies.

As the first to describe a certain subspecies of with five horns instead of two, the Giraffa camelopardis rothschildi was named after him. It is the most endangered of the nine subspecies, also known as the Ugandan or Baringo Giraffe. Fact|date=July 2008 Another 153 insects, 58 birds, 17 mammals, 3 fish, 3 spiders, 2 reptiles , 1 milliped and 1 worm also carry his name.

Rothschild opened his private museum, housing one of the largest natural history collections in the world, to the public in 1892. In 1932 he was forced to sell part of his butterfly collection to the after being blackmailed by a woman. In 1936 he donated the rest of the collection to the Trustees of the . The at is now a division of the . Fact|date=July 2008

Walter Rothschild was a Liberal and for Aylesbury from 1899 until he retired from politics at the 1910 general election.

Zionism and the Balfour Declaration

As an active Zionist and close friend of he worked to formulate the draft declaration for a Jewish homeland in . On , he received a letter from the British foreign secretary , addressed to his London home at 148 , in which the British Government declared its support for the establishment in Palestine of a national home for , later known as the Balfour Declaration.

Walter inherited the peerage from his father in 1915. He died in 1937 in aged 69. He had no children, and his younger brother had predeceased him, so the title was inherited by his nephew (Nathaniel Mayer) .

*" [http://www.sil.si.edu/digitalcollections/nhrarebooks/rothschild/ The Avifauna of Laysan and the Neighboring Islands with a complete history to date of the birds of the Hawaiian possession (1893-1900)] " Walter Rothschild. From Smithsonian Institution Libraries
* [http://www.nhm.ac.uk/museum/tring/ Walter Rothschild Zoological Museum]
* [http://www.rcseng.ac.uk/museums/events/Docs/victor_gray_transcript_october06.pdf Lecture on Walter Rothschild]
* " [http://digital.library.wisc.edu/1711.dl/DLDecArts.RothsExtinct Extinct birds.] " London, England: Hutchinson and Co., 1907.