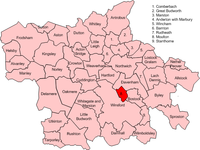 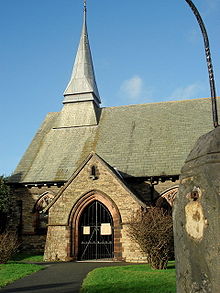 The village can trace its history back to the Norman Conquest. Moletune is listed in the Domesday Book of 1086 as being among the estates of Baron Richard de Vernon of Shipbrook. George Ormerod described the village in 1882 thus: 'Moulton occupies a high ridge of ground, running parallel with the general course of the Weever, and commanding a most extensive view over the vales of that river, and of the Mersey, in the several directions of Delamere Forest and Lancashire.'

During the 19th century the character of the village changed from purely agricultural to a more mixed economy. Many workers in the salt mining industry, which lined the banks of the River Weaver, made their homes in Moulton. The factory owners built the terraced housing in Church Street and Regent Street for their employees.

After the Second World War this industry quickly declined as new methods of abstracting salt by solution mining replaced the old fashioned pumping of wild brine and its attendant subsidence. The village quickly became a residential area with most folk working in nearby Northwich or Winsford. New housing development in the mid 1960’s increased the population by over 60%.

Moulton is now a thriving community of about 3000 people. Moulton and District Community Association is active in the community while the Moulton Adventure Group provides a wealth of activities for young people.

Moulton School provides primary education to the children of the village. The school has strong links with the local secondary school the County High School Leftwich which is a Media Arts College.

Moulton is home to Lion Moulton FC who play in the Mid Cheshire Sunday League.

A walk through the centre of the village itself reveals much of interest. The Methodist Chapel dates from 1875; the Co-Operative Store was built in 1894; and nearby Moulton Cottage with its dated clock of 1871 was formerly Mr. Wilson's Shoe Shop where clogs were made.

In 1877 the Revd Thomas France-Hayhurst of Bostock Hall sponsored the building of a new church dedicated to St Stephen the Martyr.