Miguel Hidalgo is one of the 16 delegaciones (boroughs) into which Mexico's Federal District is divided. The borough includes some of the most affluent parts of Mexico City, such as Lomas de Chapultepec and Polanco. Its population at the 2010 census was 372,889 inhabitants, and it lies at an elevation of 2,270 m. above sea level.[1]

Miguel Hidalgo, D.F. was named in honor of Miguel Hidalgo y Costilla, who led the Mexican War of Independence.

In the July 2003 local election, Miguel Hidalgo was one of only two delegaciones to elect a borough mayor from the National Action Party (Fernando Aboitiz), Gabriela Cuevas was elected in 2006, and again in the 2009 local election, a National Action Party candidate (Demetrio Sodi) was elected as borough mayor beating his contrincate of Party of the Democratic Revolution, Ana Gabriela Guevara. 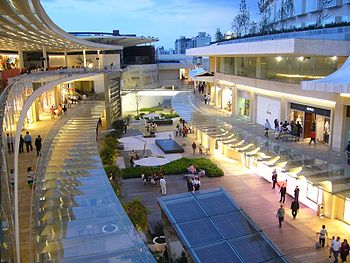 The Antara Polanco shopping center, one of the most exclusive in Mexico, is located in Miguel Hidalgo, D.F.

The Secretariat of National Defense has its headquarters in Lomas de Sotelo, Miguel Hidalgo.[2]

Polanco is a very popular neighborhood for multinational companies such as The Coca-Cola Company, Nestlé and Diageo. Interjet has its headquarters in Lomas de Chapultepec, Miguel Hidalgo.[3]