A Hawk and a Hacksaw

A Hawk and a Hacksaw

Infobox musical artist
Name = A Hawk And A Hacksaw 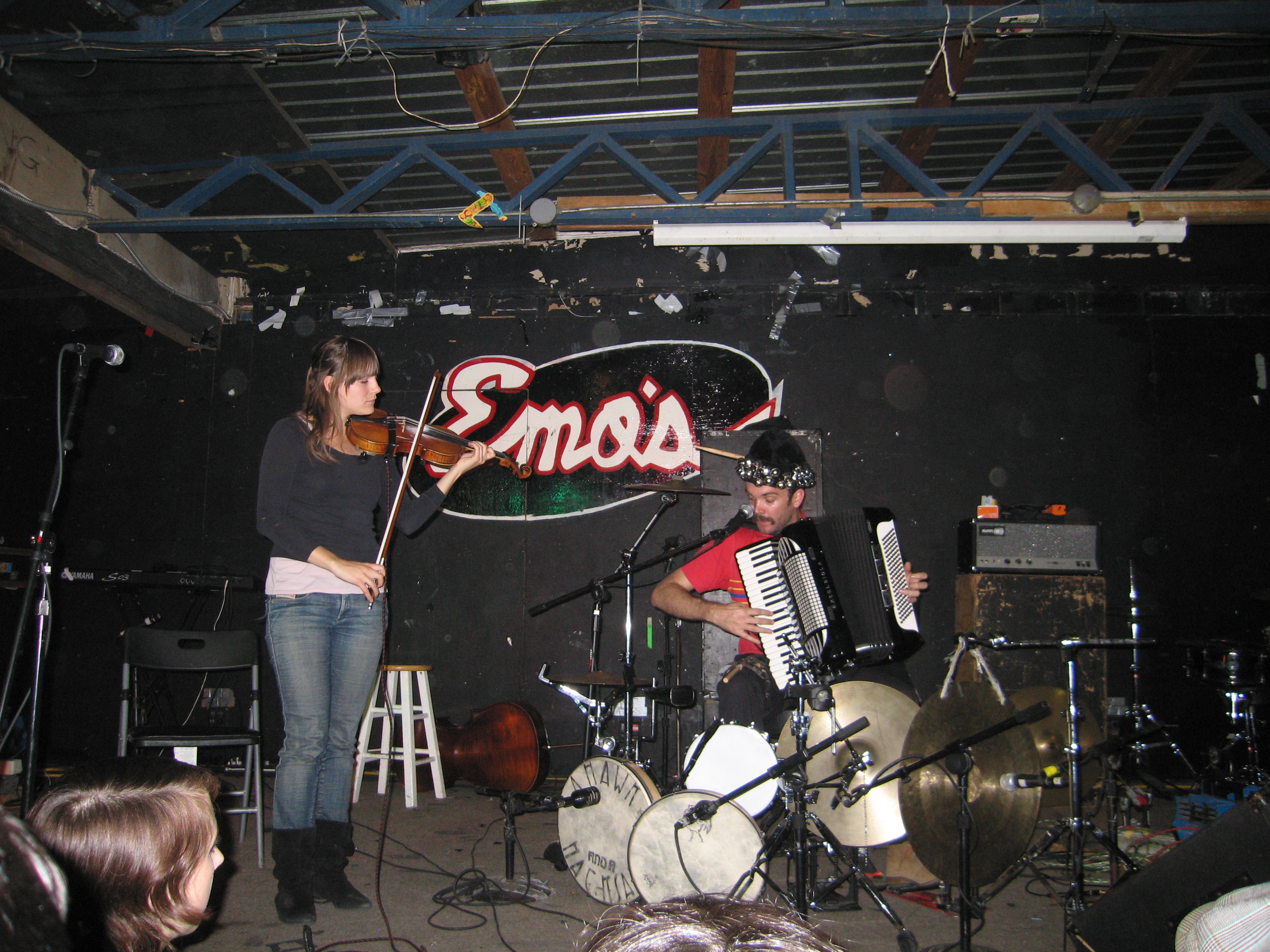 A Hawk and a Hacksaw (often abbreviated to AHAAH) is a folk band from . It is currently on . The band consists primarily of percussionist , who was previously the drummer for , and violinist . The music is inspired by eastern European and particularly traditions, and is mostly instrumental with occasional vocals, shouts and cheers. The band has toured with and Beirut. During its CMN tour of the in it was accompanied by the . The band also composed an original score for the documentary "Zizek!", which features Slovenian cultural theorist .