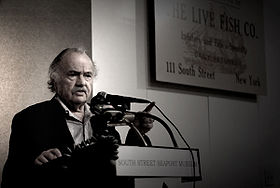 Goulart's first professional publication was a 1952 reprint of the sf story Letters to the Editor in The Magazine of Fantasy & Science Fiction; this parody of a pulp magazine letters column was originally published in the University of California, Berkeley's Pelican. His early career in advertising and marketing influenced much of his work. In the early 1960s, Goulart wrote the text for Chex Press, a newspaper parody published on Ralston Purina cereal boxes (Wheat Chex, Rice Chex, Corn Chex). He contributed to P.S. and other magazines, along with his book review column for Venture Science Fiction Magazine. Cheap Thrills: An Informal History of the Pulp Magazines (1972) is his best known non-fiction book. 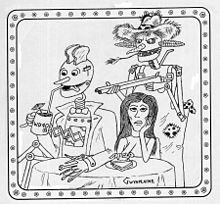 Goulart's fiction is characterized by several themes, notably humor, technology gone wrong (usually through incompetence rather than malice) and heroes with superhuman powers. His humorous crime and science fiction includes tales about robots and historical Hollywood figures, such as Groucho Marx. In the 1970s, he wrote several Phantom novels featuring Lee Falk's The Phantom for Avon Books, using the pseudonym "Frank Shawn" (a play on his wife and son's names), and he has also written Phantom comic book stories and short stories for Moonstone Books from 2003 and beyond.

It is widely known that Goulart ghost wrote the popular TekWar series of books credited to the actor William Shatner[3] (Shatner is said to have written the outlines for the books).[4] He has also ghosted novels featuring the Phantom, Flash Gordon and the pulp character the Avenger.

A collection of his mystery short stories, Adam and Eve on a Raft, was published in 2001 by Crippen & Landru.

Goulart is married to author Frances Sheridan Goulart and has two sons, Sean-Lucien and Steffan Eamon.

Goulart has been nominated twice for the Edgar Award, once for his 1970 science fiction novel After Things Fall Apart.[6]