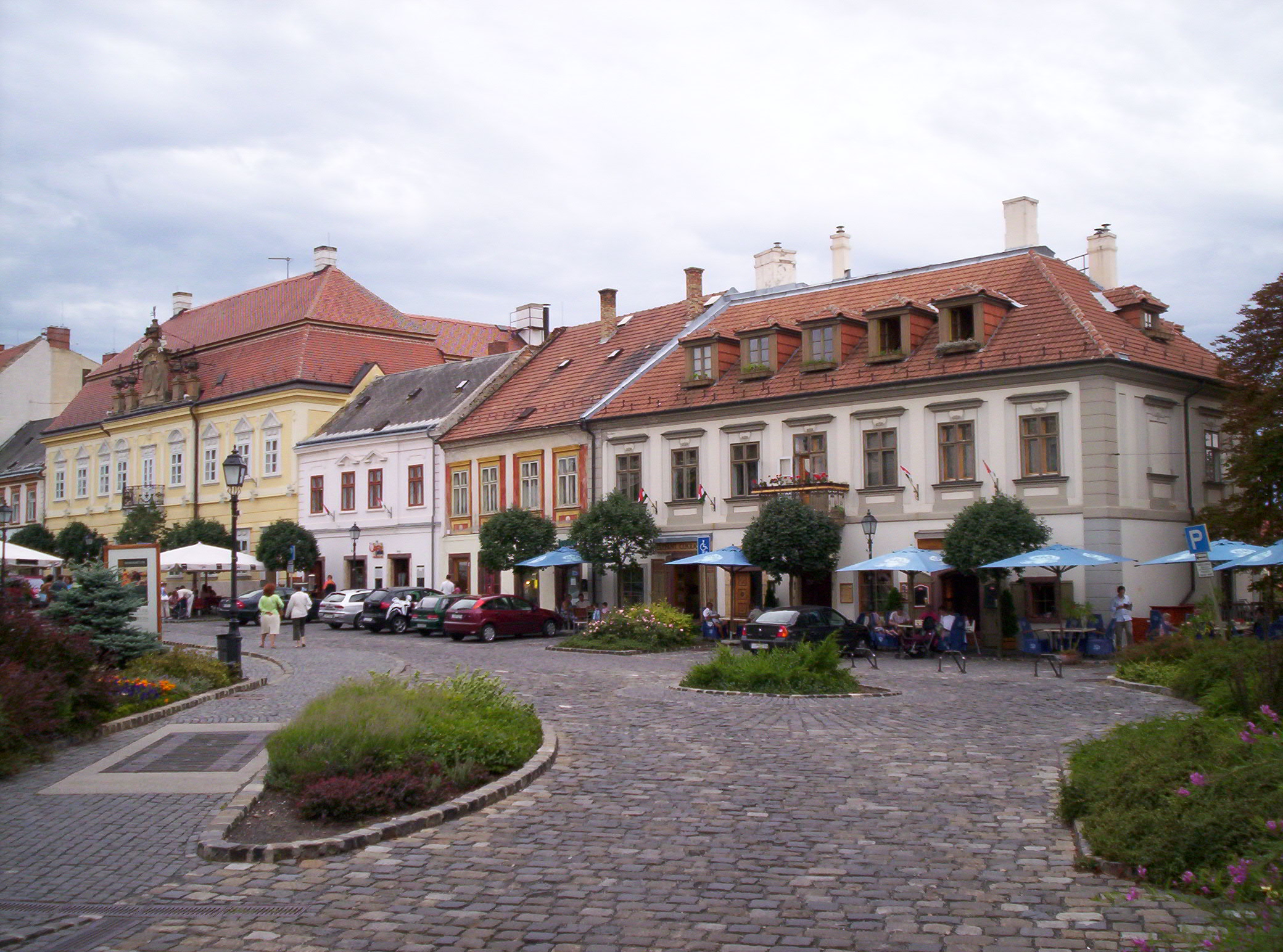 Veszprém (German: "Weißbrunn", Croatian: "Vesprim, Besprim" Slovak: "Vesprím", Serbian: "Vesprim" or Весприм), one of the oldest towns in , is now a city with county rights and lies approximately convert|15|km|mi|0|abbr=on north of . It is the capital city of the administrative county (comitatus or 'megye') of the same name.

Veszprém lies on both sides of the creek , approximately convert|110|km|mi|0|abbr=on from (via the M7 highway and Road 8). It can also be reached from via Road 82 and from via Road 8.

Anonymus, the notary of King Béla III wrote that a castle already stood here when the first occupied the area. The castle was probably a 9th century Frankish fortress. The castles of Veszprém, and , were the earliest Hungarian stone castles, which had already been built during the reign of High Prince Géza, a time when motte castles were much more common.

The name of the city originates from the Slavic word "Bezprym", which was originally a personal name. derived its name from "Ves Perunova - 's village" and mentioned also a German derivation from "Weiss-Brunn - white well". The city was named either after a chieftain, or the son of Princess Judith (elder sister of St. Stephen), who settled here after her husband expelled her and her son.

Veszprém had an important religious role during the fight to make the official religion of - defeated the armies of his chief opponent, Koppány, near Veszprém. The city became the first episcopal seat of Hungary in 1009 and an archiepiscopal seat in 1993. Comitatus Veszprém was one of the earliest historical counties of Hungary.

Veszprém was the favorite city of Queen Gisela, the wife of St. Stephen. For centuries, the queens of Hungary were crowned by the . The city is still often called "the city of queens."

During the , Veszprém was protected by its castle, which was later demolished on order of the s in 1706.

Veszprém was among the first Hungarian cities to have a university - students studied law and arts here. The university was destroyed by fire in 1276, after which Veszprém became a university town again in the 20th century.

Veszprém is twinned with: