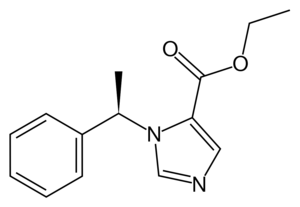 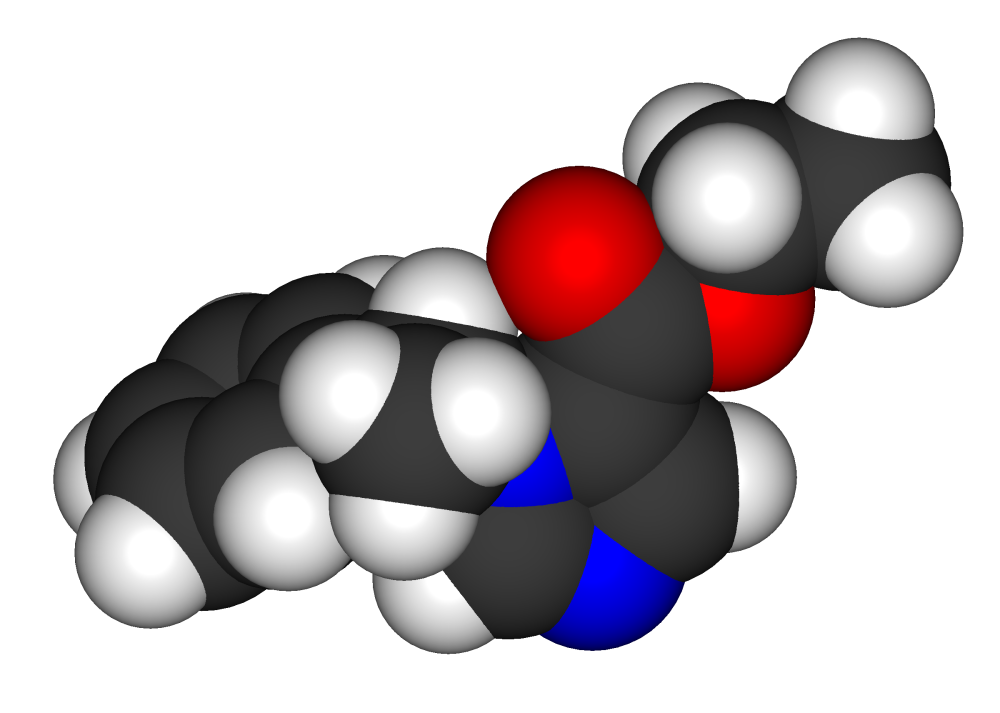 Etomidate is a short acting anaesthetic agent used for the induction of and for for short procedures such as reduction of dislocated joints and . It was discovered at in .

Etomidate, a hypnotic is a carboxylated derivative. Etomidate has anesthetic and amnestic properties, but has no analgesic properties.

Etomidate is commonly used in the emergency setting as part of a to induce anesthesia or for . It is often used in this setting since it has a rapid onset of action and a low cardiovascular risk profile, and therefore is less likely to cause a significant drop in blood pressure than other induction agents.

In the operating room with a stable patient, anesthesia providers may choose an alternative induction agent, such as , or . (see Side effects below).

At the typical dose, anesthesia is induced for about 5–10 minutes even though the half-life of drug metabolism is approximately 75 minutes. This is because etomidate is redistributed from the plasma to other tissues.

The anaesthetic induction dose for adult humans is 0.3 mg/kg intravenously, with a typical dose ranging from 20-40 mg. In common with all induction agents, etomidate causes loss of consciousness after one arm-brain circulation time. In very brief procedures such as cardioversion, a 10 mg dose may be used which may be repeated for effect.

Etomidate is highly protein bound in and is metabolised by hepatic and plasma s to inactive products. It exhibits a bi-exponential decline, with a redistribution of 2–5 minutes and an elimination half-life of 68–75 minutes.

The use of etomidate infusions for of critically ill patients in s has been associated with increased mortality, which is due to suppression of synthesis (both s and s) in the . Thus, etomidate contributes to . This effect has been demonstrated after a single dose, and lasts about 24 hours. There is no evidence that a single induction dose of etomidate has any effect on morbidity or mortality. However, some sources advise giving a prophylactic dose of steroids (e.g. ) if etomidate is used.

Seizure-like activity is occasionally seen with anesthetic induction. In the absence of concurrent EEG monitoring, it is difficult to ascribe this to cortical activity. movement originating at the spinal cord level is often a likely mechanism. Excitatory phenomena, and epileptiform movements and activity may be observed during induction. Etomidate consistently increases the amplitude of somatosensory (in contrast to most anaesthetic agents).

Etomidate in the propylene glycol formulation may produce pain on injection, a side effect which is less likely with the lipid formulation.

There is a 30-fold difference between the and the of etomidate, making it an extremely safe agent.

Post operative vomiting is more common than with other induction agents.

Etomidate is usually presented as a clear colourless solution for injection containing 2 mg/ml of etomidate in an aqueous solution of 35% , although a preparation (of equivalent strength) has also been introduced. Etomidate is presented as a mixture, but only the D- has pharmacological activity.