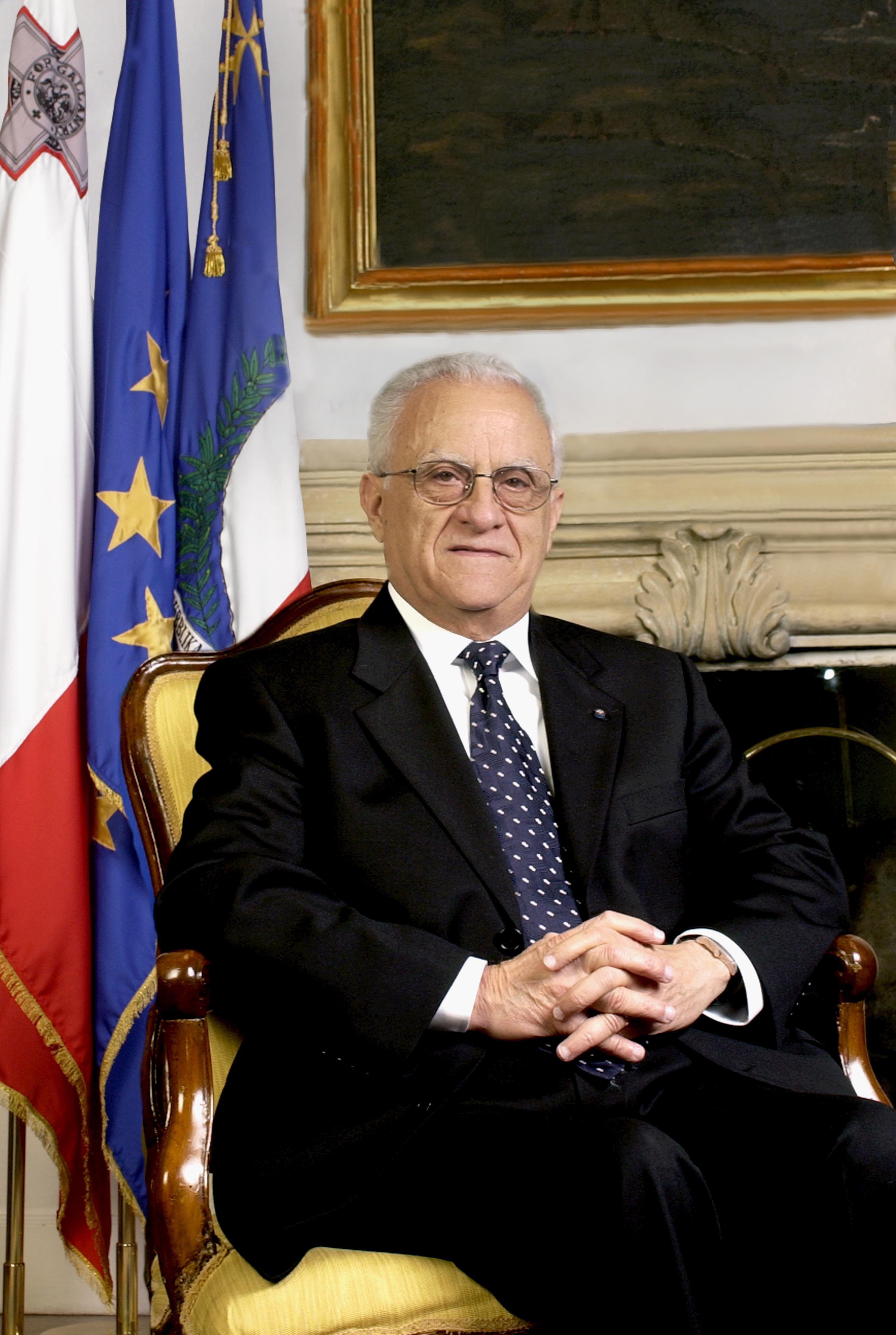 Fenech Adami is the son of Luigi Fenech Adami and Josephine Pace. [http://www.maltagenealogy.com/libro%20d'Oro/fenechadami.html] He was educated at and the , where he first studied and then and later . He was called to the bar in 1959.

He is married to Mary ("née" Sciberras) and they have five children: John, Beppe, Michael, Maria and Luigi.

Between 1987 and 1996, Fenech Adami ushered a major period of change for Malta. The country's physical infrastructure was completely overhauled as were the legal and business structures. Trade was liberalized, whilst telecommunications, banking and financial services were deregulated or privatised. Malta also applied to join the European Economic Community on 16 July 1990. Dr Fenech Adami was reconfirmed Prime Minister in the February 1992 elections.

Between 1996 and 1998 Fenech Adami served as Leader of the Opposition until his Party was returned to office in September 1998. Malta's application, which was put on hold by the previous Labour government, was reactivated and negotiations concluded by December 2002. This was confirmed by a referendum in March 2003 and general election held in April 2003 which confirmed the Partit Nazzjonalista in government and Fenech Adami as Prime Minister.