Born in Al Shindagha, Dubai to the Al Maktoum family of the Al Bu Falasah tribe, he first became Prime Minister on 9 December 1971 and served until 25 April 1979 when he was replaced by his father, Sheikh Rashid bin Saeed Al Maktoum. Following the latter's death on 7 October 1990 he resumed his position as Prime Minister and also took over as Ruler of Dubai. He served in both positions until his death on 4 January 2006. 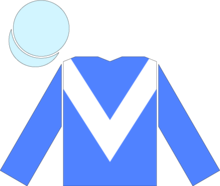 Sheikh Maktoum ran the emirate of Dubai along with his two brothers, Sheikh Mohammed (Crown Prince and Minister of Defense) and Sheikh Hamdan (Minister of Finance) of the United Arab Emirates. Internationally, he was also known as co-owner (with his brothers) of Dubai's Godolphin Stables, which competes in major horse races around the world.

Sheikh Maktoum bin Rashid al Maktoum died on the morning of 4 January 2006, suffering a heart attack while lodged at Palazzo Versace Hotel located on the Gold Coast, Queensland, Australia. He was succeeded by his brother, Sheikh Mohammed bin Rashid Al Maktoum as ruler of Dubai.