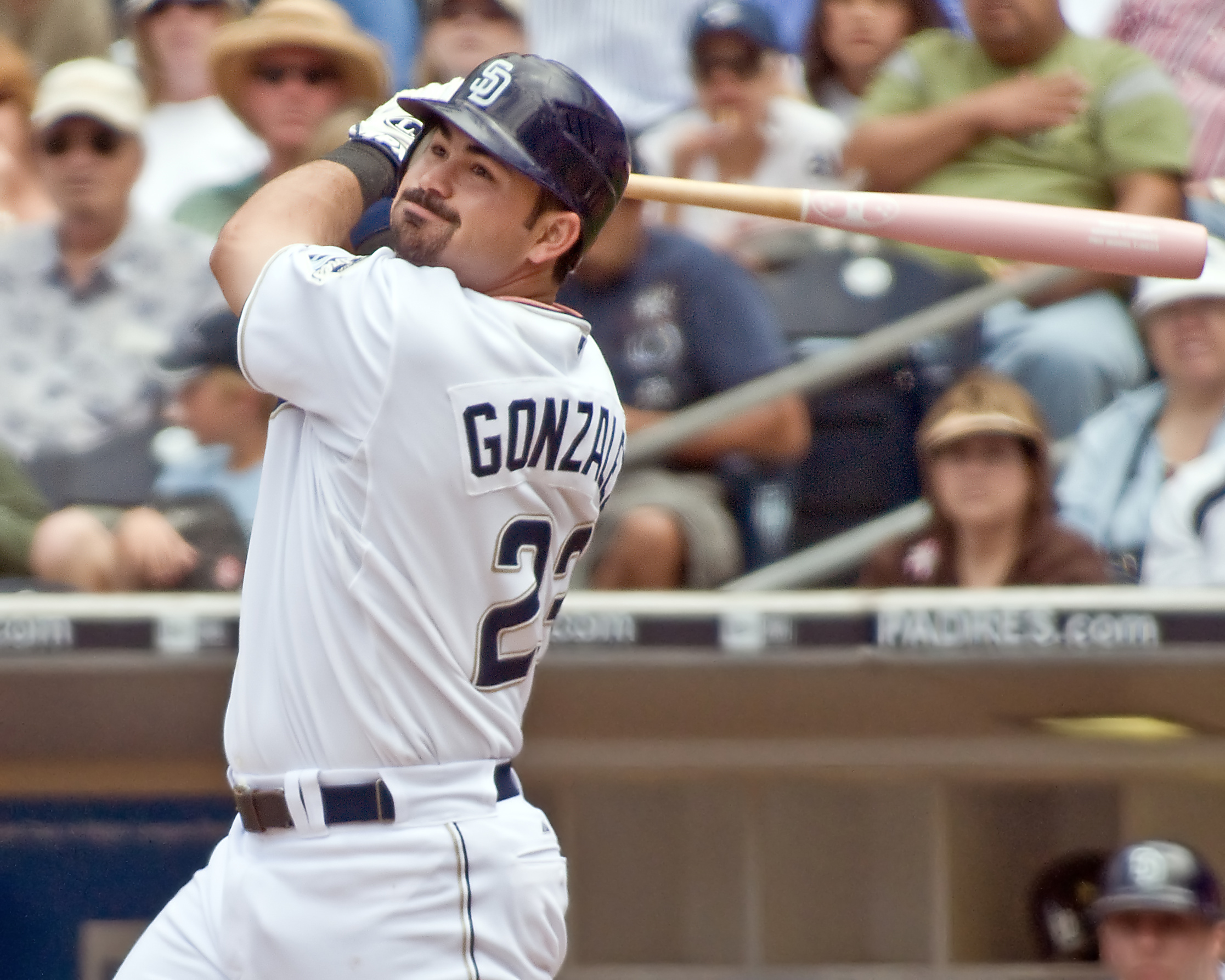 Adrian Gonzalez (born , in ) is a Mexican-American for the . He was the first overall pick in the by|2000 draft by the . The son of Mexican parents, Gonzalez lived twelve years of his youth in Mexico. He played for Mexico in the . He plays winter ball in the Mexican Pacific League for the Mazatlan Deers.

Gonzalez was the first infield position player to be drafted first overall since in by|1993. He was drafted out of Eastlake High School and given a $3 million signing bonus. After a wrist injury, the Marlins felt Gonzalez would be hindered swinging the bat, so he was subsequently traded to the Texas Rangers in a deal for . He played for Texas in by|2004 and by|2005. After the season, Gonzalez was traded to the San Diego Padres along with pitcher Chris Young and . In return, the Rangers received and . Originally seen as an eventual replacement for at first base, Gonzalez was given the job when Klesko underwent shoulder surgery.

With extended playing time at first base in by|2006, Gonzalez continued to improve his hitting, and showed flashes of gold glove caliber defense. In his first full season, he led the Padres in (.300) and s (25). He was the first player in history to have more than one multiple home run game.

He was elected to the as a Reserve. He went 1 for 3 with a single and a sacrifice fly, scoring of the .