The Face of the Enemy (Doctor Who)

The Face of the Enemy (Doctor Who) 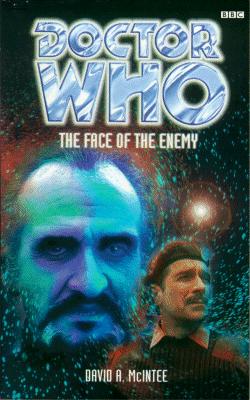 "The Face of the Enemy" is a original novel written by and based on the long-running British science fiction television series "". It is a sequel to the TV story "Inferno". The novel not only features the Brigadier, UNIT, and the Master, all contemporaneous to the era of the programme in which the story is set, but it also includes appearances by Ian and Barbara after they left the TARDIS (with an interesting update on their activities in the interim), and Harry before he joined UNIT or met the Doctor.

It is notable for being the only Past Doctor Adventure which does not greatly involve the Doctor in any incarnation, although the and have brief, cameo appearances.

Like all spin-off media, the canonicity of this novel is debatable.